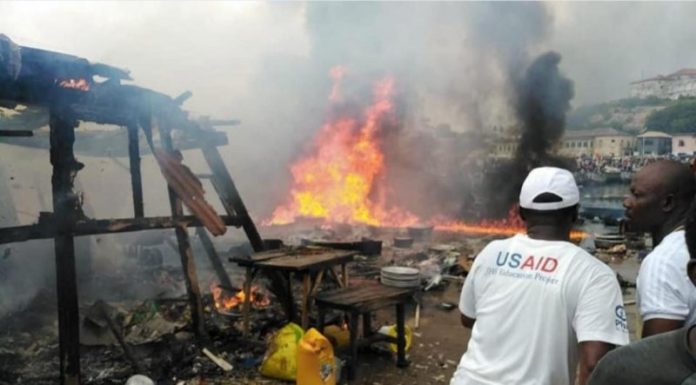 Two persons were Monday injured in an inferno, which burnt fresh fish and property worth thousands of cedis in the Elmina Fish Market, leaving fishmongers and fishermen devastated.
The fire engulfed a wooden shed where several drums of premixed fuel are kept with fishing inputs.
One of the victims, whose injuries are severe, was rushed to the Cape Coast Teaching Hospital for treatment.
Mena Ekua, a fishmonger, who witnessed the incident told the Ghana News Agency (GNA) that the fire started when premix fuel being transferred into a canoe by some fishermen got in contact with fire in a coal pot.
She said many of the people at the scene immediately dived into the Benya Lagoon, which prevented a possible high number of casualties.
Confirming the incident to the GNA in Cape Coast, DOIII Abdul Wasiu Hudu, the Regional Public Relations Officer (PRO) of Ghana National Fire Service, said his office received a call at about 1207 hours on the incident. 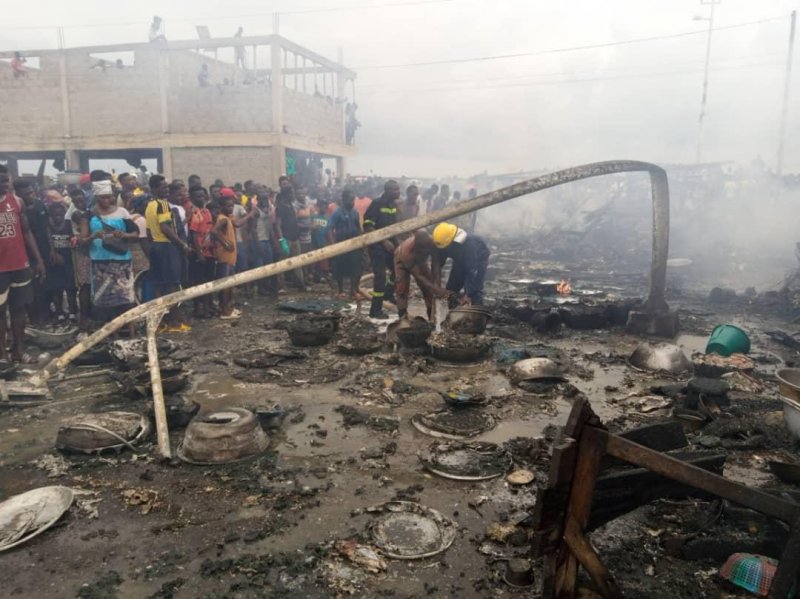 DOIII Hudu said the Elmina Fire station deployed a team to the scene and reinforcement was later called in from the University of Cape Coast (UCC) station.
He said the fire destroyed kaege quantities of fish, about 10 drums of premix fuel, a canoe, a power generator and other household items.
The PRO said due to the intensity of the inferno, some firefighters were positioned at the nearby Elmina Market Branch of the Kakum Rural Bank to protect it.
“Unfortunately, part of the roof of the bank is burnt and the heat from the fire has affected the walls of the bank,” he said.
DOIII Hudu said the victim whose injuries were not severe, told the team that they were transferring premix fuel into their canoe when it suddenly caught fire, engulfing the area within seconds.
He said the GNFS would commence an investigation into the cause of the incident tomorrow to identify the actual cause. 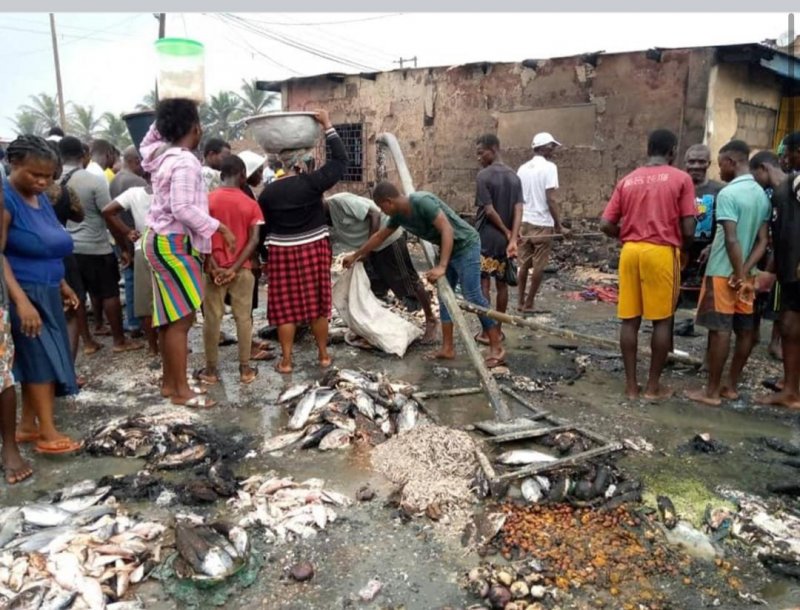 According to DOIII Hudu, there had been series of engagements with the fishing communities, especially Elmina, about the storage and safety of premix fuel, especially in Elmina.
Also, fire safety education had been organized many times to help prevent these kind of incidents.
He urged the public to adhere to safety measures in their homes and workplaces.