By Benjamin Willie Graham Former Nigeria coach, Gernot Rohr could have thrown his hat into the race for the Ghana...
Read more

By Godfred Zina A Gynecologist, Dr. Kennedy Tettey Coffie Brightson, says women could get Virginal infections through the wearing of...
Read more

The President’s Representative at the Ministry of Education, Hon. Dr. Matthew Opoku Prempeh has met with the leadership of the Pre-tertiary Unions (NAGRAT, GNAT and CCT) to bid them farewell as he draws the curtains on his tenure as Minister of Education.

Dr. Prempeh took the opportunity to thank them for their cooperation with the Ministry of Education at various critical decision points. He stated that notably the unions cooperated with him and his team during the rollout of the Free Senior High School programme in 2017 and its subsequent alterations, the revision of the objective-based curriculum, and bringing teachers up to speed with the new teaching techniques required for the standards-based curriculum. He also noted that the unions also ensured that their members were on board during the Teacher Reforms which encompassed a new curriculum, a phase-out of the diploma course and the agreement with the University of Cape Coast to upgrade diploma holders to degree holders within a relatively short period. 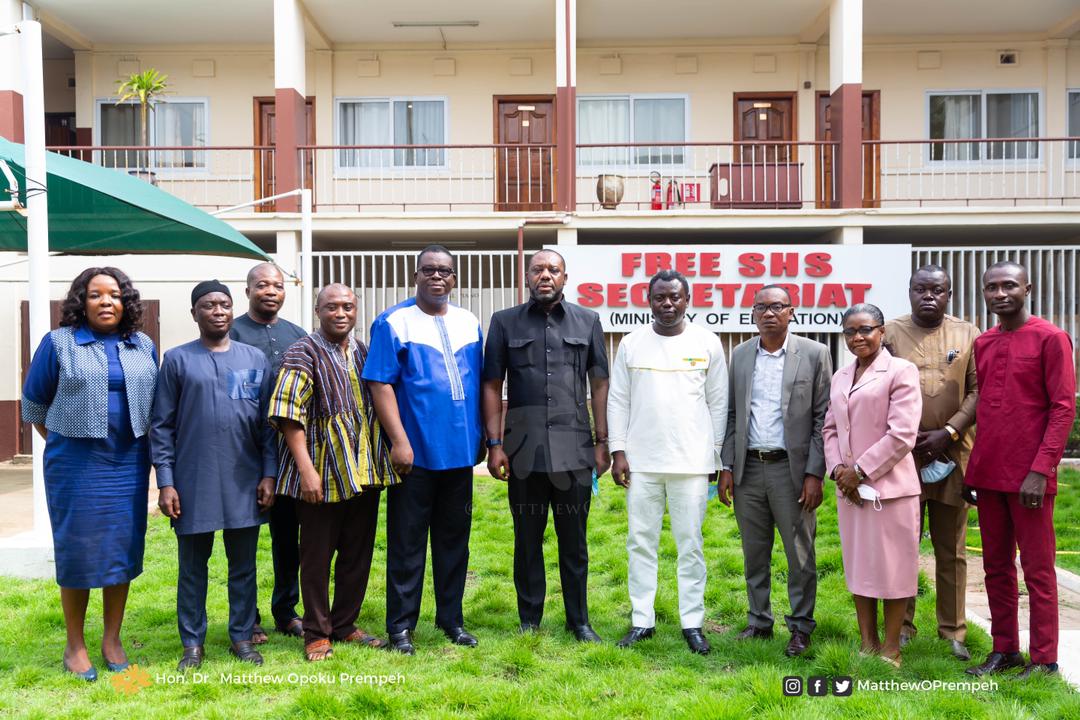 Dr. Prempeh further revealed that government is working on acquiring laptops for all teachers, something the union leaders have acknowledged as being unprecedented and remarked that this dovetails into President Nana Addo Dankwa Akufo-Addo’s National Digitisation agenda. He hoped that when teachers receive their laptops, they will become more comfortable in using technology as a tool in an era where blended education is the norm.

Concluding, he stated that If he succeeded as Minister of Education, it was partly because these major stakeholders, the teachers, through constant dialoguing, granted the government ease to operate.
Dr. Prempeh has been nominated by President Akufo-Addo as Minister of Energy, subject to vetting and approval by Parliament.

By Godfred Zina A Gynecologist, Dr. Kennedy Tettey Coffie Brightson, says women could get Virginal infections through the wearing of wrong underpants. According to him, wearing...
Read more
Business

By Nathaniel Nartey As part of measures to ensure fiscal consolidation by the government, the expenditure budget of the various Ministries, Departments and Agencies, is...
Read more
Sport

The President, Nana Addo Dankwa Akufo-Addo, on Thursday, January 27, 2022, made a personal donation of One Hundred Thousand Ghana Cedis (GHS100,000) to the...
Read more

By Marie Aziz Tunde A Medical Doctor with the Takoradi Hospital, Dr. George Peprah, supposed to be the sixth Prosecution Witness (PW6) in the case...
Read more

By Bubu Klinogo There is still deadlock over the controversial Electronic Transfer E-Levy Bill. A meeting between the Minister of Finance, Ken Ofori Atta and...
Read more

‘African fabrics not just for casual wear and funerals’