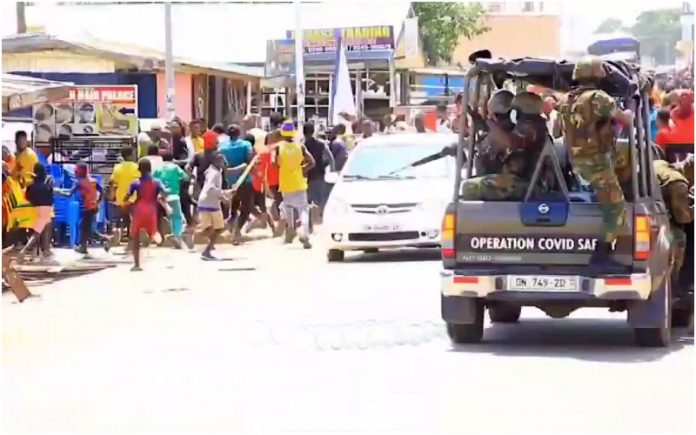 The Ghana Bar Association has expressed concern about the increasing acts of violence perpetrated by some Security Agencies in the country.

It cited instances such as the death of two persons and injuries suffered by others following clashes between residents of Ejura and security personnel on June 29, 2021; armed military personnel molesting and brutalizing residents on the streets of Wa on July 1, 2021;  the conduct of personnel of the Ministry of National Security with respect to journalists of CITI FM/TV on May 11 2021; the violence unleashed by security personnel in the Techiman South Constituency during the 2020 general election which resulted in the death of two persons; the use of firearms in the Ablekuma Central Constituency by a National Security operative and an unidentified soldier resulting in the death and injuries in the course of the 2020 elections among others.

In a statement, the Association said under no circumstances should operatives of the Security Agencies under the pretext of maintaining peace, manhandle and assault people or use physical force which sometimes results in the death of the victims.

It said the rule of law must prevail at all times in the country, adding that it has taken note of statements issued by the relevant security agencies, and the investigations that are in progress, therefore it believes the investigation will be thorough, swift and fair and those found culpable duly be punished.