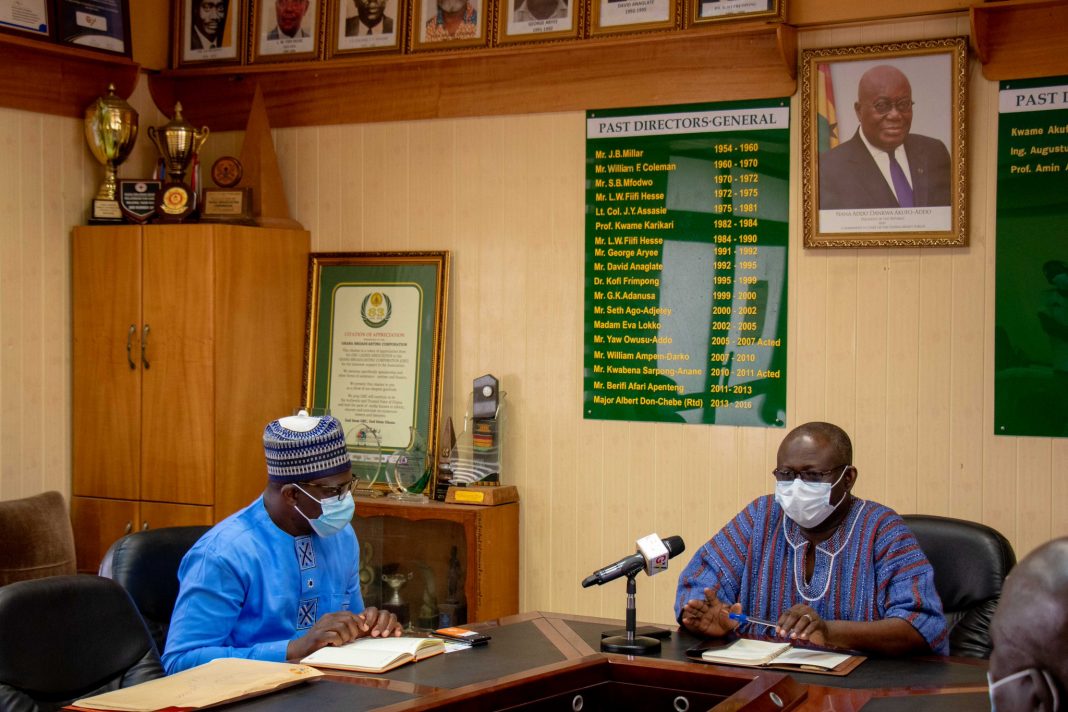 The Ghana Broadcasting Corporation (GBC) in partnership with the UN Population Fund (UNFPA) is engaging the public on the need to help curb social issues such as Gender-based violence, maternal-child mortality, among others especially, in this Covid-19 era.

Surveys conducted by the UNFPA indicate that such issues are on the rise.

This came up at a meeting at Broadcasting House in Accra between the Country Representative of UNFPA, Niyi Ojuolape and the Director-General of GBC, Prof. Amin Alhasan, where they discussed how to intensify education to stop such acts.

Mr. Ojuolape said the girl child is the least person taken care of in society, that is why the UNFPA is focusing on such people.

The Director-General of GBC, Prof. Amin Alhassan said education on such issue fall within the tenets of journalism practice and the mandate of GBC.

He said GBC needs support with regard to finances. Professor Alhassan said though the corporation has as its mandate to do such promotions for free, UNFPA and other organisations must factor GBC into their budget.