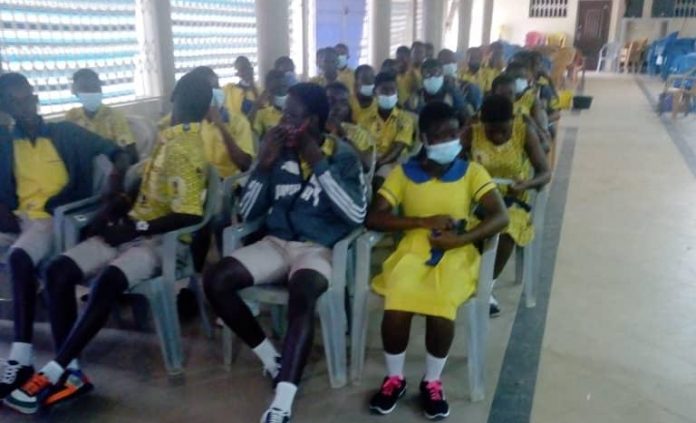 The CEO of Golden Mothers Vision international and National President of NGOs for women and children, Mrs Abundant Aggrey, has tasked Regional Gender officers of the organisation to intensify the campaign on the elimination of teenage pregnancy in Ghana.

The organisation also called on the youth to be mindful of their lives and avoid acts that could derail them.
The Executive Director of the NGO said one emerging global issue now was the worrying trend of teenage pregnancy and its effects on sustainable development.
She was engaging the pupils of Emmanuel Methodist International School at Oduom-Kumasi in the Ashanti Region on the theme: “Be Active towards your future say “NO” to premarital sex.
The programme was purposely organised for the Junior High School three students on teenage pregnancy, its effects and prevention.
Mrs Aggrey said, “My NGO had taken assessment directed at reducing unplanned teenage pregnancy, and to look at what else can be done to support young people at risk of teenage pregnancy or early parenting.”
Madam Priscilla Sarpong, a teacher, entreated the students to focus, especially the girls to achieve their dreams.
Ms Grace Pokuaa of the Oforikrom Municipal Assembly took them through the realities of teenage pregnancy, complications and deaths related issues.
Ms Ernestina Amoako, a Gender Officer, encouraged CSO and other partners to draw programmes aimed at reducing the high rate of teenage pregnancy.

President Akufo-Addo, 10 others for AfCFTA awards