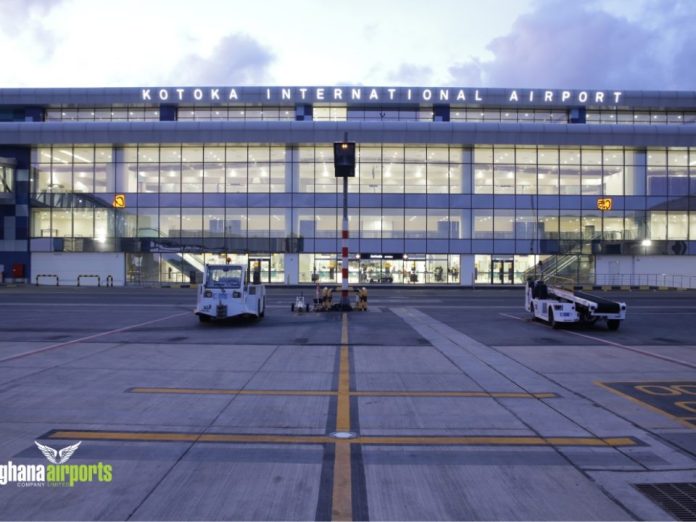 Management of Ghana Airports Company Limited said investigations have commenced into circumstances surrounding the death of an arriving passenger from the US.

Ghana Airport Company Limited confirmed that on Friday, June 17, 2022, a middle-aged male passenger who arrived from the United States of America died in Accra, Ghana.

In a statement it said, the passenger had complained of difficulty in breathing.

“The passenger was reported to have complained of tiredness, and had difficulty in breathing. He was subsequently offered a wheelchair by the Ground Handler.”

“The passenger became unconscious at the Arrival Hall and received medical attention but was unresponsive. He was conveyed to the Airport Clinic for further attention and he subsequently passed on,” the statement from the Ghana Airports Company Limited noted.

Below is the Statement; 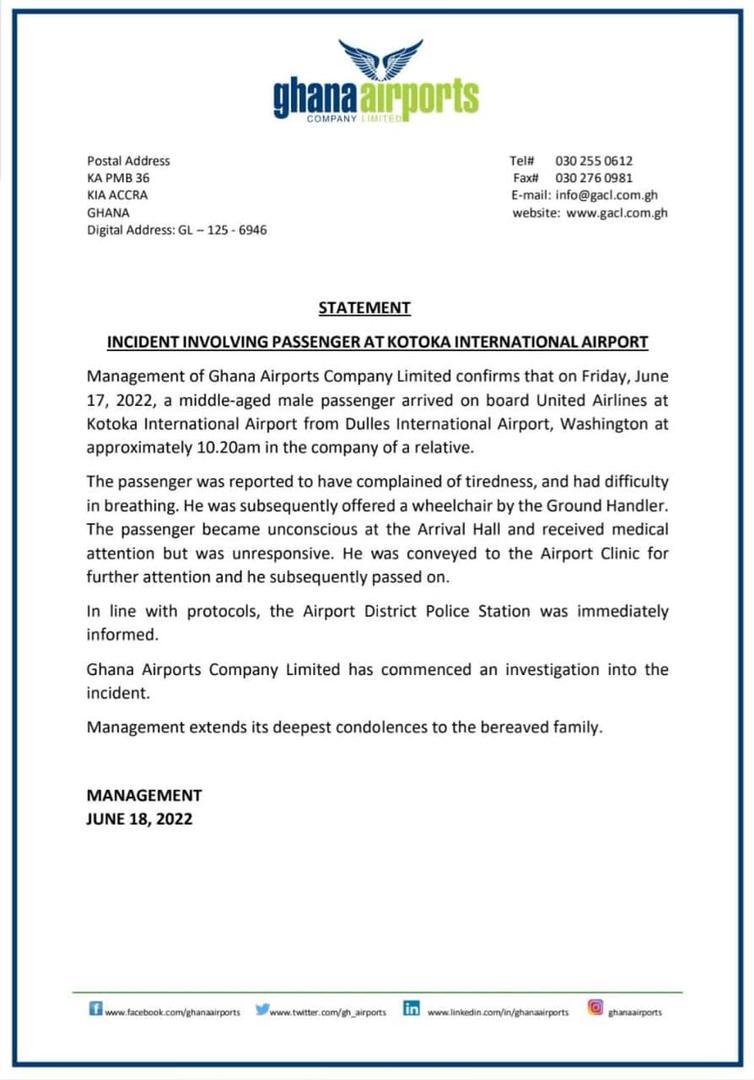