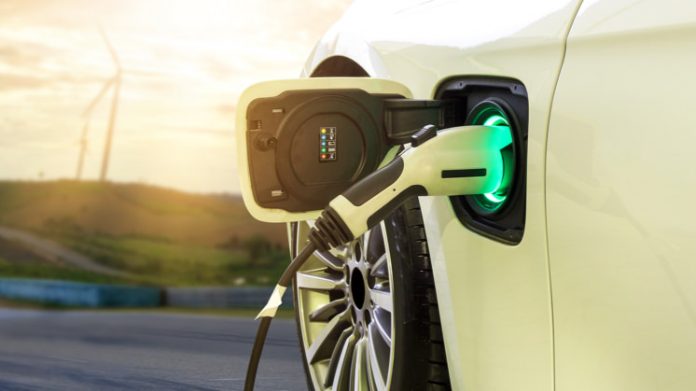 He said the country, therefore, needed to resolve key issues of generation, regulations and infrastructure to join the world in phasing out petrol and diesel-powered vehicles before 2030.

Speaking to the Ghana News Agency in Accra, Mr Boakye said although a few people and companies had imported and were using electric vehicles, the country was not ready for the shift and needed to start working towards resolving the obstacles.

“As it stands, we cannot roll out electric vehicles entirely because there is not enough power. Electricity in Ghana is said to be the most expensive in the sub-region to the extent that some countries are not inclined to buy our power,” he noted.

Mr Boakye said, “…The issue is not whether we are ready or not. We have to start and work our way towards switching, because vehicle manufactures are gradually shifting from internal combustion engine vehicles to electric vehicles. Most plants will be shutting down in the next 10 years.”

“The worse is that if we do not plan and work towards such a transformation, we may not get spare parts for the fossil fuelled vehicles. This is because the manufacturing plants in the west where we source these vehicles would have been shut down and it will be a challenge for us.”

He said Ghana’s Nuclear Power Programme when completed in 2030 could be the game changer to provide adequate, affordable, reliable and secured supply of energy, in an environmentally friendly and sustainable manner and charged stakeholders to ‘keep the foot on the pedal.’

He said the quest to switch to electric vehicles coupled with the country’s industrialisation agenda meant nuclear power was needed in the energy mix to serve the growing population.

“Nuclear power has a big role to play in helping the country to achieve its goal of joining the world in the fossil to electric switch. Other sources of energy are either being exhausted or adversely impacted by climate change effects.”

“For instance, in terms of vehicle charging, power from nuclear will charge fast, while that of solar will take about three days depending on the availability of the sun,” he noted.

Mr Boakye said the use of “peaceful nuclear technology” in power generation could also facilitate human prosperity, and economic development and aid the country to achieve its development objectives and targets under the Sustainable Development Goals.

The Engineer explained that switching to electric vehicles would require a chain of activities, including the building of structures, charging infrastructure, regulatory framework for the battery system and instituting standards.

Mr Boakye said although the country did not commence the process towards going electric on time, it had, however, initiated processes and that with the support of policy makers, the stakeholders would be able to meet the deadlines.

He commended stakeholders, including the Energy Commission for working on the electricity battery system and the Ministry of Transport for its role in developing the charging infrastructure of the network system.

Dr Stephen Yamoah, Executive Director of Nuclear Power Ghana, commenting on work progress of the nuclear programme, said phase one which included pre-feasibility study, assessment of infrastructure, financing, technology to be deployed, safety, security, and siting had been completed.

He said currently, the programme was in its second phase, which entailed engaging with vendors, further site assessment, issues of contracting, recruitment and training of staff among others.

“So far, a couple of vendors have expressed interests, so we have issued a request for information, seeking technical and financial information. We will evaluate their responses and make a recommendation to the government for a decision to be made,” he said.

The final phase, he stated, would be the commission and operation of the nuclear power plant that included all the activities necessary to contract, license and construction.

He also said the completion of the nuclear project aside giving Ghana a stable power for vehicles and industries, would make the country fulfil its obligation under the Paris Agreement of cutting down carbon emissions and making the world habitable.

“Scientists at the Intergovernmental Panel on Climate Change (IPCC), a United Nations body for assessing the science related to climate change, last week warned that the global warming of two degrees would be exceeded during the 21st century.

“Unless rapid and deep reductions in Carbon Dioxide (CO2) and other greenhouse gas emissions occur in the coming decades, achieving the goals of the 2015 Paris Agreement will be beyond reach,” he said.

The assessment is based on improved data on historical warming, as well as progress in scientific understanding of the response of the climate system to human-caused emissions.

In 2016, energy sector emissions accounted for 15.02 MtCO2e, representing 79 percent of total national emissions of 29.28 MtCO2e (excluding net emissions from Forestry and Land Use).

A report on review of national emission contributions in Ghana Nationally Determined Contribution under the Paris Agreement said the rising emission trend in the energy sector was driven by the increasing use of liquid fuels in transport and by thermal power generation for electricity production.

“Light crude oil was the dominant fuel for electricity generation until 2010, when natural gas joined the group of fossil fuels, due primarily to its cost effectiveness. The transport category accounted for 48 per cent, followed by the energy industry 35 per cent and manufacturing and construction 7.2 per cent,” the report said.

I am being unduly vilified over unsubstantiated claims- suspended PPA Boss