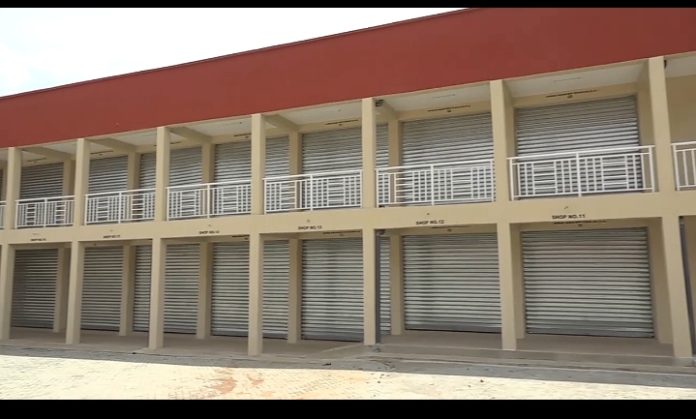 Construction is near completion on the second phase of the Ho Central Market expansion project in the Volta Region. 183 units out of the total 237 stores and other ancillary facilities representing 85 percent of the overall works have been completed with the construction of 54 other shops currently in progress.

The new project which forms part of the government’s Ghana Secondary Cities Support program is aimed at creating adequate space to de-congest the central market.

The Ho Municipal Assembly is part of 25 selected Municipal Assemblies in the country to benefit from the Ghana Secondary Cities Support Programme, a 100 million dollar project being financed by the World Bank.

There has been a first phase of the expansion project at the Ho Central Market under the previous government. The second phase of the expansion works was allotted to four construction firms and a consultancy firm.

The disability-friendly project includes 237 unit stores and ancillary facilities such as 72 water closets, revenue post, offices for transport unions, mechanised borehole, and a mosque among others.

Three out of the four lots have been completed and handed over to the management of the Municipal Assembly.

A supervising engineer on the project, George Aidoo of Soman Consult Limited said the Contractor on the last lot has requested for two months extension due to technical challenges.

He pledged to ensure that the construction firm completed the project within the two months extension period if the Municipal Assembly grants the request. The Ho Municipal Chief Executive, Divine Bosson thanked the central government for selecting the municipality for the project saying it will boost economic activities in the Volta Regional Capital

He disclosed that the Assembly will embark on a massive decongestion at the market as soon as the stores are allocated to the beneficiaries. The Municipal Assembly intends to re-engineer the central market as part of the decongestion for free flow of goods and services and to make it accessible in case of disasters.

The Ho Municipal Works Engineer, Edward Anyam said the department designed the roadmap for the decongestion.