Three suspects who were being held at the Tongo Police Station in the Talensi District in the Upper East Region escaped from lawful custody last Sunday.

The police have launched a manhunt to re-arrest the suspects who escaped from the cell after breaking part of the cell’s bathroom wall at the blind side of police officers on duty.

The suspects were in detention for various offences including defilement and stealing. The police are pursuing them at Zebilla, the capital of the Bawku West District which shares boundary with the Talensi District and other mining communities in the area.

The suspects, who have been identified as Kojo Dinaya, Francis Dabang and a juvenile (name withheld) escaped from cells.

According to information gathered, the three suspects connived and damaged the wall of the cell’s bathroom and managed to escape at the blind side of three police officers who were on duty at the time.

A source said the suspects took advantage of the bathroom’s wall which was at the verge of collapse due to its exposure to the rains, broke part of it and escaped.

The source said the suspects engaged in singing and shouting while breaking the wall which prevented the officers from getting wind of their activity.

However, a fourth suspect, who was in the same cell with the three escapees, did not escape and is currently providing information to the police to assist in further investigations. 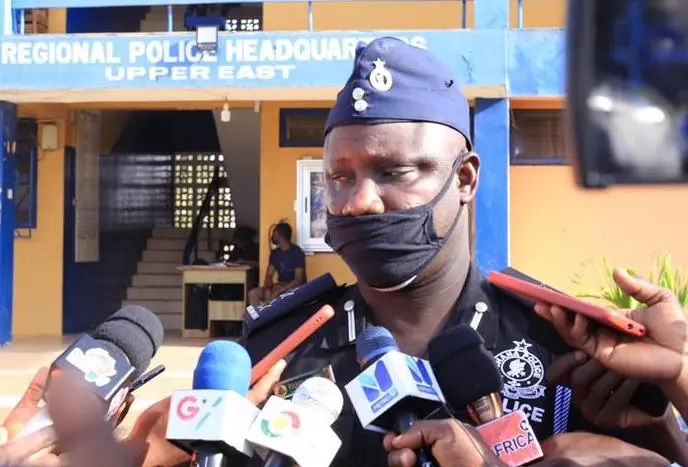 Confirming the incident to the Daily Graphic, the Public Relations Officer of the Upper East Regional Police Command, Assistant Superintendent of Police (ASP) David Fiako-Okyere said the incident happened around 7:20 p.m., police personnel detailed to ensure safe custody of inmates at the police station reported that three suspects in custody had escaped from lawful custody.

He noted that the police had initiated the necessary procedures to recapture the inmates currently on the run, saying “so far, many personnel have been dispatched to various areas towards recapturing the escapees”.

He said investigations had since been initiated into the matter to unravel the circumstances leading to the incident, saying “our concern now is that we are doing everything possible to arrest the escapees within the shortest possible time”.

“However, we entreat the people of Tongo and its environs to report any suspicious individuals they come across to the police for the needed action to be taken” he said, stressing “this is time, we need the residents to volunteer information leading to the arrest of the suspects since crime fighting is a shared responsibility”.

He said, “obviously, as they have escaped, they will be going into the communities and that we need residents at this critical moment to gather courage and report them for them to be arrested to stand trial”.

He added that the police had initiated their intelligence system across the region and would ensure that the suspects were arrested as soon as possible to face the full rigours of the law.

Asked about how the suspects managed to escape while officers were on duty, he said, “it is all part of the ongoing investigations to establish whether the suspects were aided by someone outside to escape or it was through the negligence of the police officers on duty”.