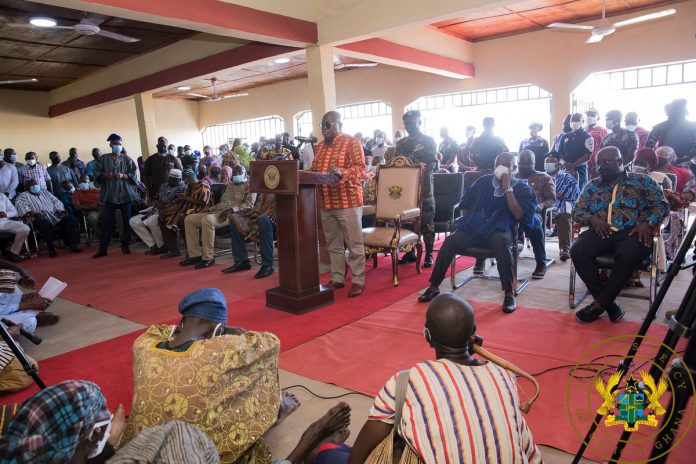 The President, Nana Addo Dankwa Akufo-Addo, has reinforced government’s enduring commitment to cooperate will all stakeholders towards consolidating the prevailing peace and harmony within the ancient Kingdom of Dagbon.

According to the President, “all the assistance that my government provided to enable us to arrive at a settlement in Dagbon, which has brought peace and harmony to this ancient state, will continue to be forthcoming to make sure that we consolidate the peace and harmony that has taken place here.”

President Akufo-Addo made this known on Saturday, August 7, 2021, when he paid a courtesy call on the Chief of Savelugu, Yoo Naa, Abdulai Andani, as part of his 2-day working visit to the Northern Region. 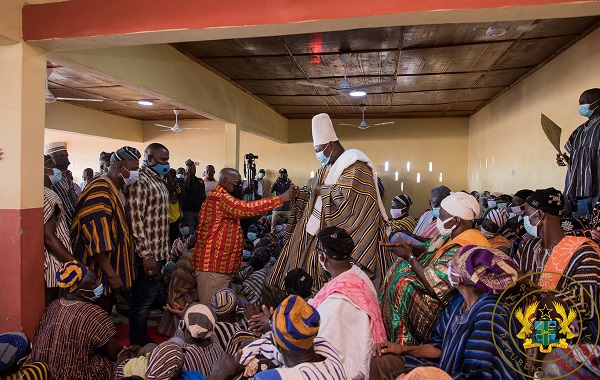 In his remarks, the President told the Yoo Naa and his elders that his first port of call, at the start of his working visit to the Region, saw him pay a courtesy call on the Overlord of Dagbon, the Ya-Naa, Mahama Abukari II.

“I saw him yesterday, sitting in state, in a Dagbon which is now united and at peace, after which I went to see your brother, Mahamadu Abdulai, Mion Lana in Mion, and today I am here before you, the three people who are responsible for this historic achievement of peace and reconciliation, and unity in Dagbon,” he said. 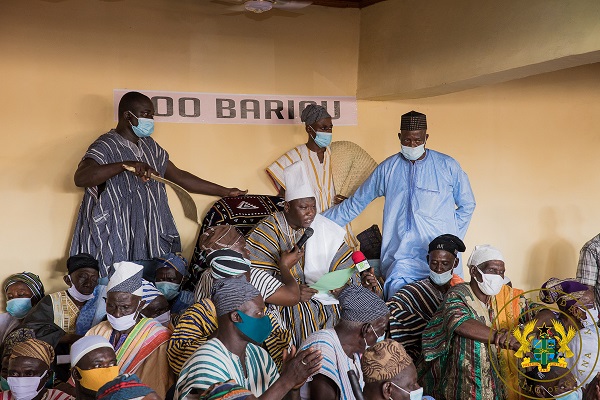 He continued, “I intend very soon to announce the participation of both yourself and your brother Mahamadu Abdulai in the work of my government.”

Reiterating government’s focus on Technical and Vocational Education, he told the Yoo-Naa that government places a great deal of importance on expanding access to TVET education, as it offers “the opportunities for self-employment to increase for our young people”.

To this end, the President pointed out, “industrial development in the area, of which the rice processing factory is a part is going to gain even greater momentum here in Savelugu, and I want to put on record my appreciation and gratitude for the 2000 acres of land that you have dedicated to the Ministry of Trade as an Industrial Park to get industrial activity going here in Savelugu.”

On helping to end the COVID-19 pandemic, the President told the Yoo Naa that Government run into difficulties and supply of COVID-19 vaccines because of the global shortage of vaccines.

“But, I believe that the arrangements that have been made mean that those shortages are coming to an end, and very soon we will be able to respond to your appeal and ensure the vaccination of our people. I committed myself to see to the vaccination of 20 million Ghanaians, the entire adult population. And, despite the delays, with the information that is now in my hands, I believe that we will meet that objective by the end of November this year,” he added.

I won’t preside over Parliament to frustrate Gov’t business – Speaker...