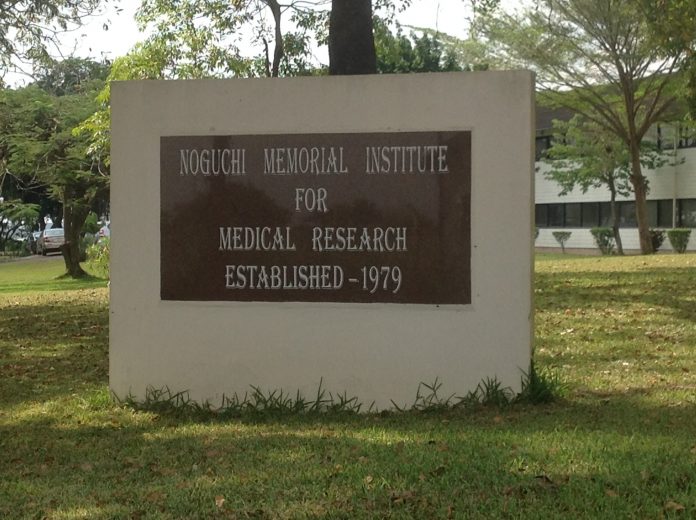 The Noguchi Memorial Institute for Medical Research (NMIMR) has called on Ghanaians to know their Hepatitis status to help eliminate the disease in the country.

That, it said, was critical because the epidemic was the leading cause of death in the country, as well as the world.

The Director of the NMIMR, Professor Kwabena Anang, made the call when he addressed patrons of free screening and vaccination exercise the institute organised in Accra yesterday to mark World Hepatitis Day.

He said the modes of transmission, such as contaminated food and water, contact with infected body fluids and mother-to-child, made everyone vulnerable to the disease, for which reason eliminating it was a collective responsibility.

However, Prof. Anang said, the situation was neither a hopeless one nor a death sentence because the condition was preventable, manageable and treatable in some instances.
Instituted by the United Nations, World Hepatitis Day is observed on July 28, each year to raise awareness of viral hepatitis, an inflammation of the liver that causes severe liver disease and cancer.

The global campaign highlights the need to accelerate hepatitis elimination efforts, especially during the COVID-19 pandemic.

Along with this, it will also highlight the social injustice and inequity caused by the current lack of action on hepatitis elimination and focus on the positive action needed to get on track to meet the United Nations 2030 elimination goal.

The theme for this year’s commemoration was: “Hepatitis Can’t Wait”.
Prof. Anang said the free screening and vaccination exercise, held on the University of Ghana campus and opened to the public, was to help national elimination efforts, adding that it was also a way of boosting the delivery of the institute’s mandate, which included research into infectious and non-infectious diseases.

Prof. Anang said the condition, which was prevalent in Ghana, was a liver inflammation due to a viral infection.
It may be present in acute form as a recent infection, with a relatively rapid onset, or in a chronic form.
There are five main strains of the hepatitis virus – A, B, C, D and E. Together, hepatitis B and C are the commonest, which result in 1.1 million deaths and three million new infections per year.

In a related development, the Ghana Health Service (GHS) and the World Health Organisation (WHO), in a joint statement to mark the day, said a hepatitis-free future was achievable with a united effort.

The statement called on all countries to work together to eliminate viral hepatitis as a public health threat by 2030.

It referred to hepatitis as a silent epidemic in Africa, with more than 90 million people living with the condition in the region, accounting for 26 per cent of the global total.

“More than 124,000 Africans are dying every year from consequences of undetected and untreated hepatitis. So in Africa, we are urging governments to prioritise hepatitis prevention.

“We encourage countries to integrate the hepatitis B prevention of mother-to-child transmission in the general antenatal care packages, together with HIV and syphilis,” it said.

It said Ghana had done well with the prevention of chronic hepatitis among children under five by ensuring high coverage of the third dose of required vaccines as part of its Expanded Programme of Immunisation.

It lauded the country and said it was also doing well with the prevention of hepatitis B and C.

“However, less than 10 years to meet the 2030 elimination target, there was no official nationwide screening programme to help find 90 per cent of the estimated 3.9 million Ghanaians living with chronic hepatitis B and about a million living with hepatitis C,” the statement said.

Man has to pay $8.8 million for seducing another man’s wife