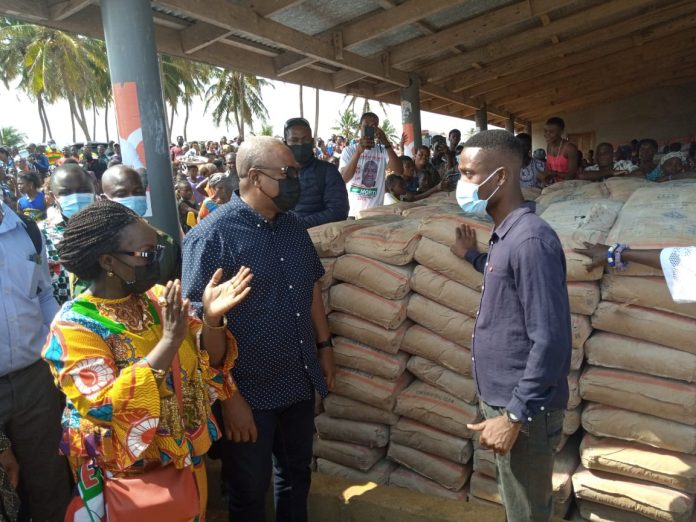 Former President John Dramani Mahama and some members of the NDC’s Volta Caucus in Parliament have has presented relief items to communities affected by tidal waves in the Ketu South Municipality of the Volta Region.

The presentation, on August 5, 2021,  was done when the former President and some members of the Volta Regional Members of Parliament visited the affected communities to abreast themselves with the level of devastation and to sympathise with the people. 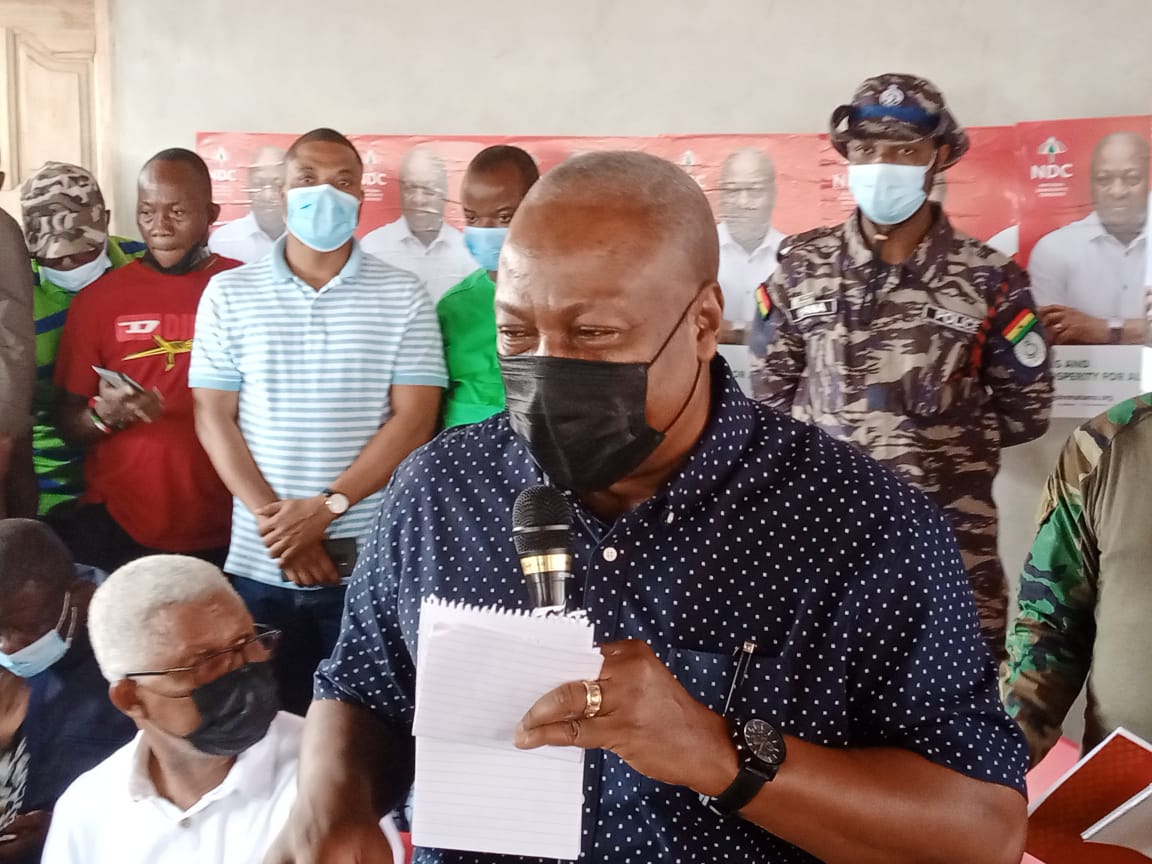 The items donated include 1,000 bags of cement, 20 bundles of roofing sheets, 50 bags of rice, 200 bags of sachet water, and added 50 bags of rice to be distributed to head porters (Agbatekorlawo) at the Aflao border.

Addressing a mini durbar at Agavedzi, one of the affected communities, the Former President charged the government to start with the second phase of the Blekusu Sea Defence Project to cover affected communities in order to address the plights of the people. 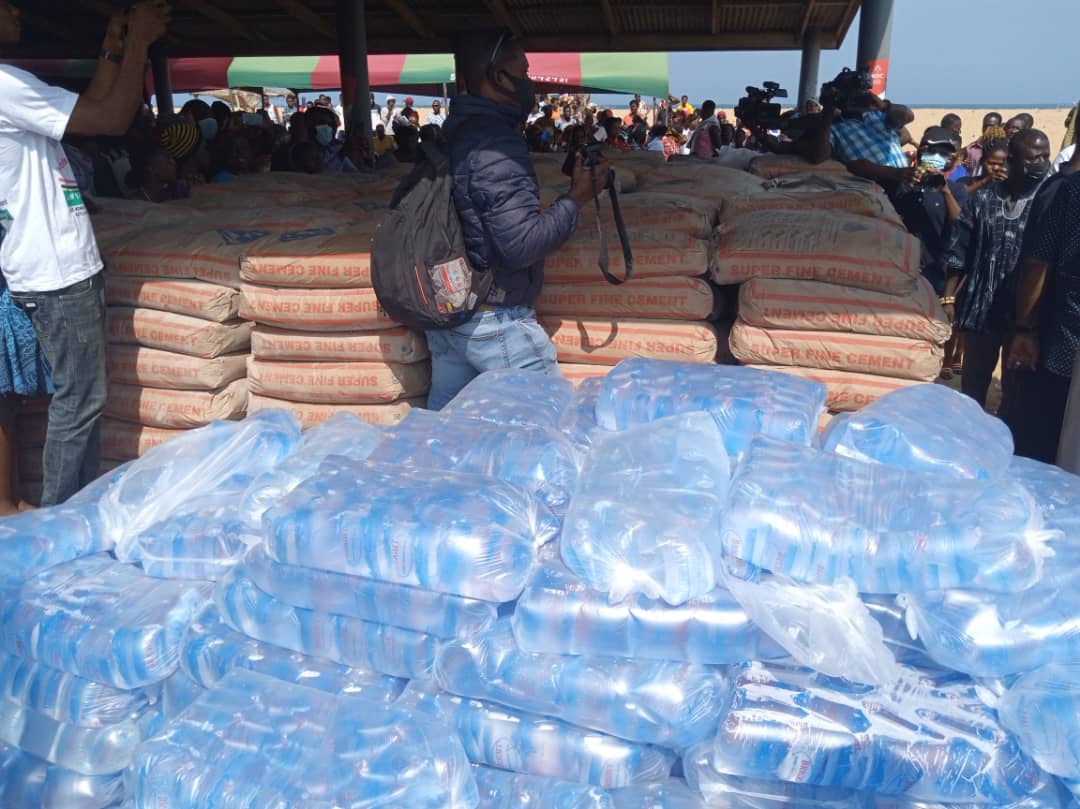 According to him, the next NDC government will quickly address major concerns by constructing a sea defense wall to protect affected communities if nothing is done by this current administration.

The Member of Parliament for the area, Abla Dzifa Gomashie, regretted the delay tactics adopted by the current government to continue the project since phase one of the project was executed by 2016 under NDC Government. 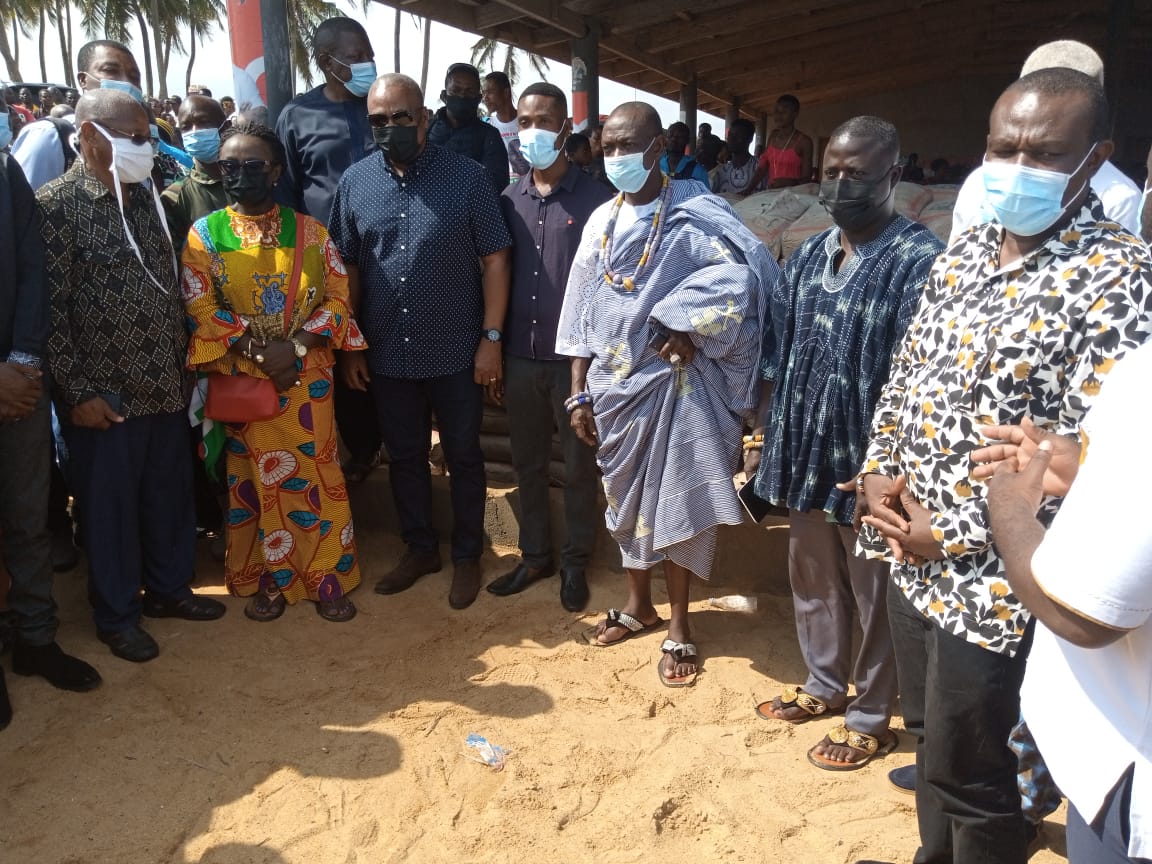 She, however, thanked the former President and her colleagues for heeding her call to support the affected communities.

MP for Ho West, the Caucus Chairman and a Member of ECOWAS Parliament assured the people to remain calm and support their MP to deliver for them. On the issue of Border closures, Emmanuel Kwasi Bedzrah noted that it is before ECOWAS Parliament and Member Countries are concerned over the closure. 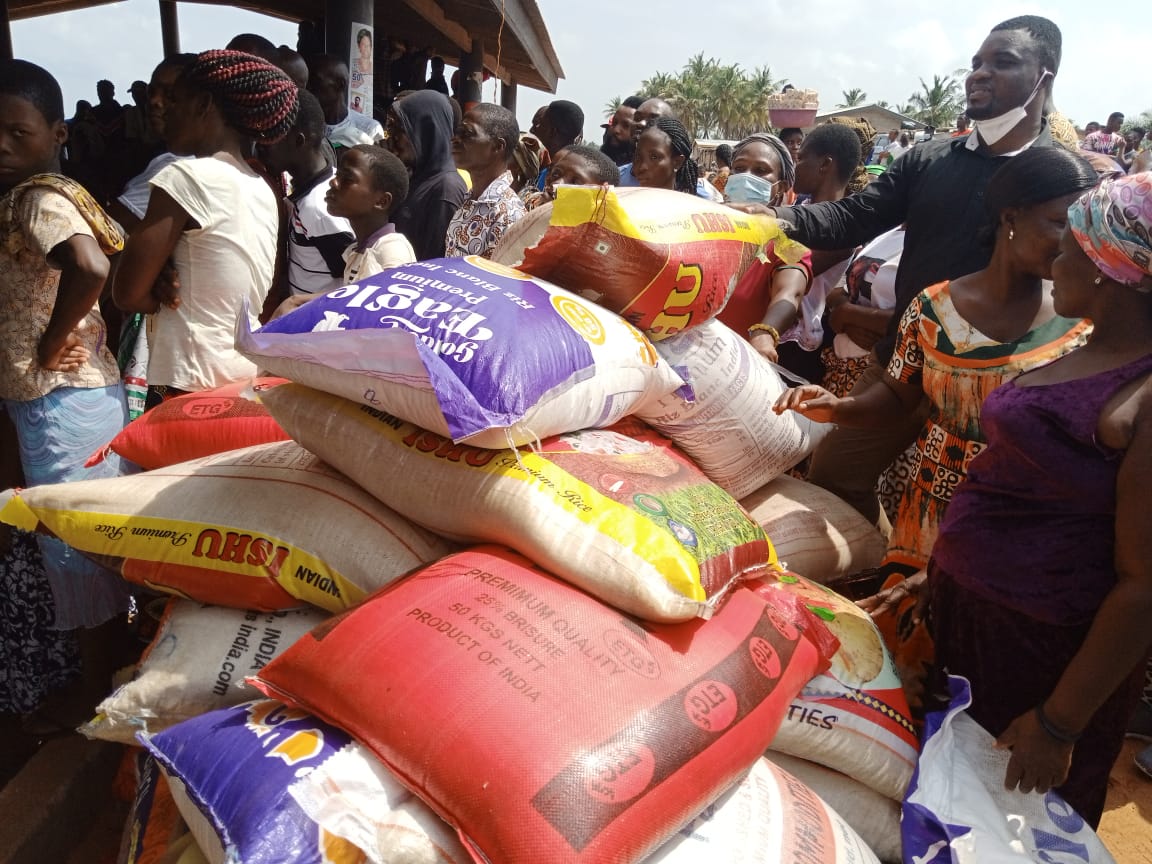 It would be recalled that hundreds of residents of Adina, Agavedzi, Amutinu, Blekusu and Salakorpe in the Ketu South Municipality took to the streets to protest and express their frustrations against what they describe as government’s ‘neglect of their plight’.

The Paramount chief of Somey Traditional area, Togbui Adamah III, expressed appreciation to the former President and the Volta MPs but called on the MPs to invest more in the Region and the people. 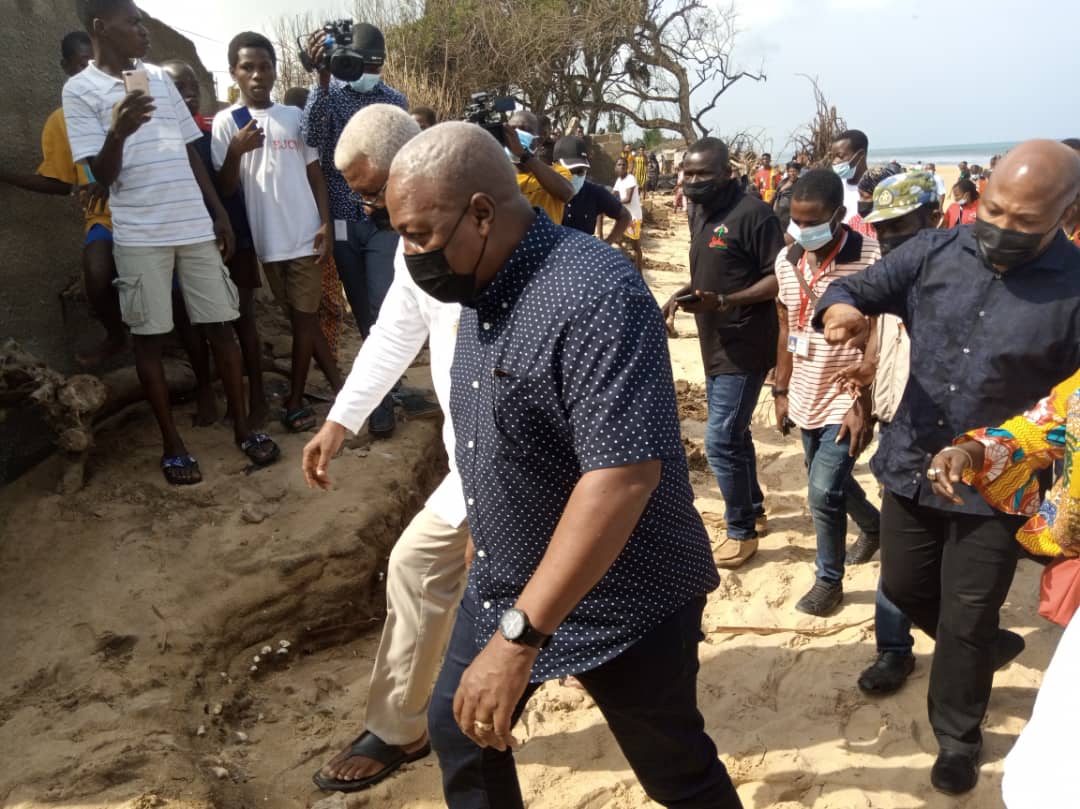 Present to witness the presentation were about 10 MPs of the Volta Caucus of Parliament led by Emmanuel Kwasi Bedzra, some Volta Regional executives of the NDC led by the Regional Chairman, Henry Ametefe; as well as some Constituency Executives led by the Ketu South Constituency Chairman, Bright Korku Kumordzi; and the former MPs for Ketu South, Fifi Kwetey, Albert Kwasi Zigah; and former MCEs of the area plus party members.

Cost of damage by KNUST students estimated at 1.7 million GHC