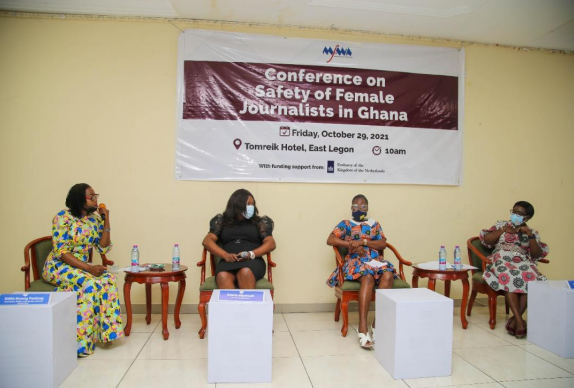 Research shows an upsurge in attacks that undermine the safety and security of female journalists in particular across the world.

The situation in West Africa and Ghana is no different.

According to the Media Foundation for West Africa’s daily monitoring of press freedom and freedom of expression rights violations, close to 200 violations were recorded across West Africa in 2020.

More than a third of the victims of the attacks cited were journalists and media workers, including females.

And about 10 percent (10.8%) of the violations were recorded in Ghana alone

Mr Muheeb Saeed, the Programmes Officer of Freedom of Expression of the Media Foundation for West Africa (MFWA ) says “abuses against female journalists take many forms – physical violence, entrenched behaviours such as marginalization and hostility, unequal working conditions and online abuses. Sometimes too, female journalists face enormous social and family pressures that sometimes hinder or discourage their work. In online spaces; female journalists are threatened with physical violence, rape, kidnapping, publication of their contact information, and their images, sometimes with their faces photoshopped”.

“Some he said are verbally abused, including being wrongly accused of using sex to ext extort information. Unfortunately, these trends are pushing some female journalists and media workers to self-censor, adopt lower public profile, switch beats to report on less controversial issues, and some even quit the profession. Some have also experienced psychological and physical harm as a result of some newsroom practices, inequalities/injustices, job insecurity and sexual harassment”.

It is in response to these issues confronting the safety and security of female journalists in Ghana that the Media Foundation for West Africa (MFWA), in partnership with the Alliance for Women in Media Africa (AWMA), offered a platform for frank discussion among stakeholders with a view to recommending practicable solutions to the issues that would be discussed. 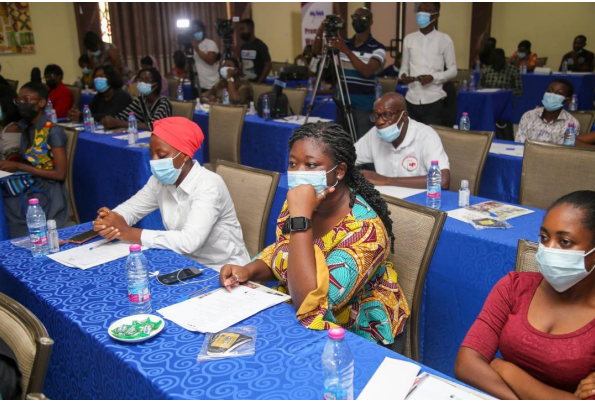 “The conversation is timely to build an advocacy media. It will also help people come out
boldly. Without freedom of expression, an informed citizen is denied,” Shamima Muslim
President of AWMA said.

“When women journalists are restricted or hounded out of the profession, society is denied access to a diverse range of information and perspectives,” Mad. Muslim added. 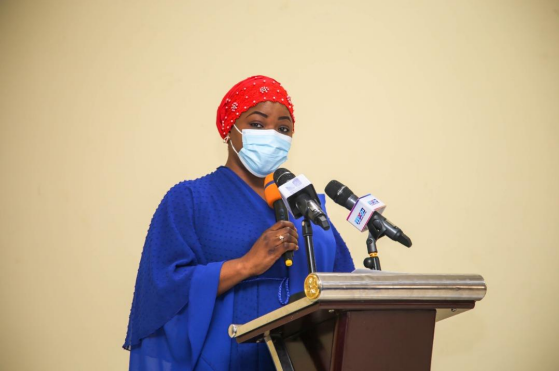 Speaking on Empowering Female Journalists in Ghana: the Role of Media Owners and Managers, Eyram Bashan noted, “there are dangerous work structures that impede work output and that risks journalists face can be internal and external.”

“Female Journalists sometimes get strangled by their environment and may look incompetent in the eyes of others. The worst part is when female Journalists feel commoditised and sexiest demands fall on their labs.”

Desist from being used as a mole. Don’t allow yourself to be pitched against a female colleague, instead let’s support each other, Mad. Bashan added. 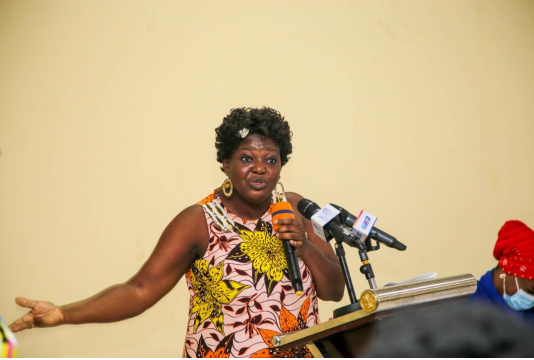 Mad. Bashan advised female Journalists to formalize every engagement with employers, be
progressively skillful, seek and negotiate for safety, get emotional support and desist from selling themselves cheap.

To media owners and regulators ,conditions she said need to be more female friendly, invest in professional Human resource, proactively invest in extra security, be responsive
to the biological cycle of women and provide open, fair adjudication processes and provide a gender desk. 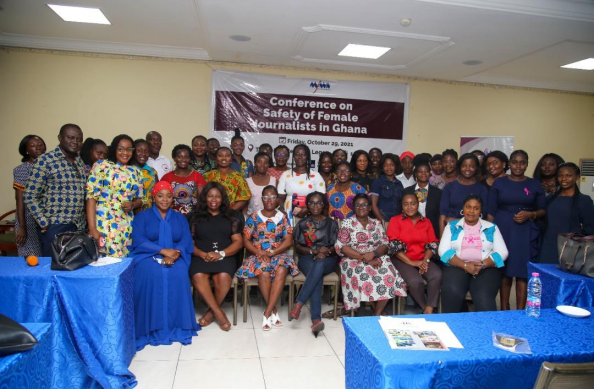 The Forum brought together key stakeholders in the media, public institutions, particularly those with a mandate to promote women’s development, civil society organizations and other women rights groups. It formed part of activities to mark the International Day to End Impunity against Journalists which falls on November 2.