Two small-scale mining firms have achieved higher rates of gold recovery without the use of mercury, marking a major step towards reducing mercury pollution in Artisanal and Small-scale Gold Mining (ASGM) in Ghana.

The maiden use of the sika bukyia (a mercury-free smelting furnace) at the pilot sites resulted in the production of gold with a purity of 23 carats and 23.5 carats respectively, which was higher compared with the purity of 22 carats associated with mercury use.

The achievements at the Pofco and Nalamtaaba mines in the Western North and Upper East regions were announced at the third National Multi-Stakeholder Dialogue of the Responsive Engagement and Collective Learning Approaches to Inform Mercury Substitution (RECLAIMS) in ASGM in Accra.

The project is an initiative of Fund For Peace (FFP), a Non-Governmental Organization headquartered in the United States, with presence around the world.

“It is possible to safely and economically recover gold without mercury and the success at the two pilot sites confirms it. In fact, mercury-free techniques are safer for miners, their families and local communities,” Programs Manager at the Fund for Peace, Christopher Opoku Nyarko said. 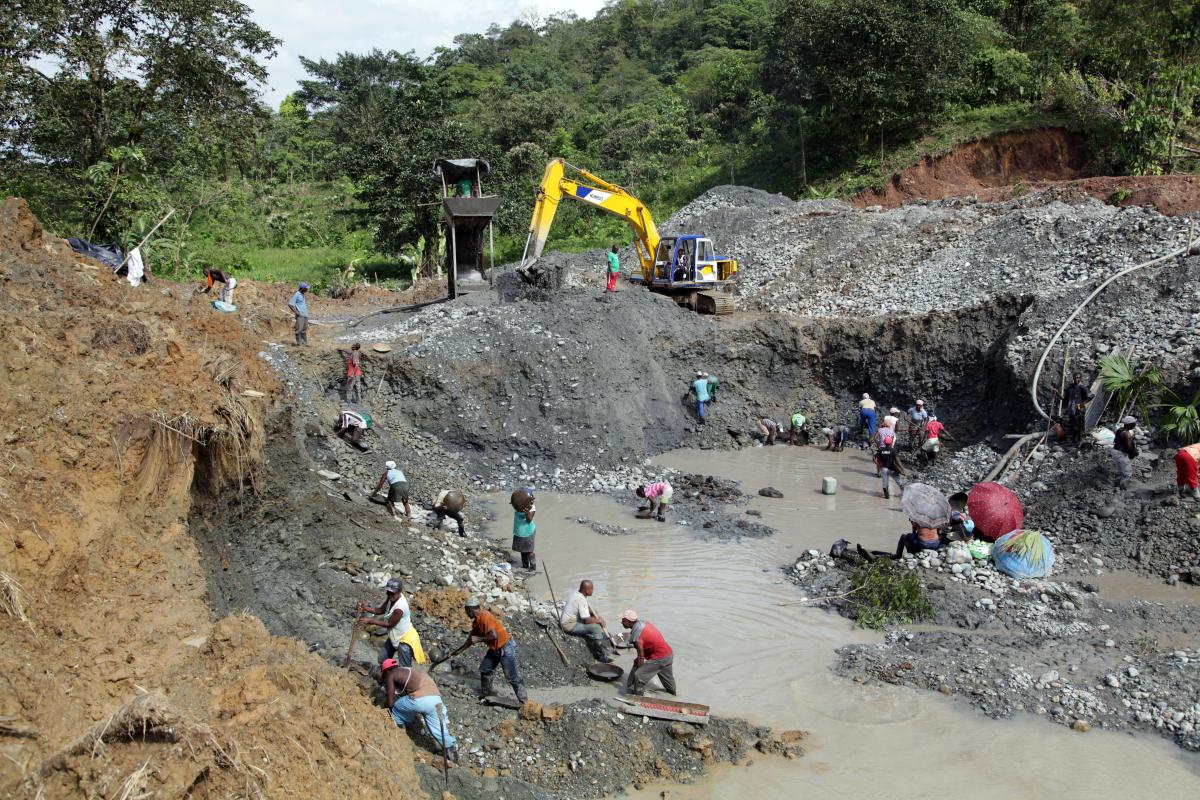 Mercury is mixed with gold-containing materials, forming a mercury-gold amalgam which is then heated, vaporizing the mercury to obtain the gold. This process can be very dangerous and lead to significant mercury exposure and health risks.

Artisanal and Small-Scale mining in Ghana

About 30 percent of Ghana’s total gold output comes from the Artisanal and Small-scale Gold Mining (ASGM) sector, supporting the livelihoods of about 10 percent of the country’s 31 million population. They account for more than 60% of the mining sector’s labour force.

The sector is largely informal and efforts to formalize their activities to ensure proper oversight have proven futile. Government has resorted to the use of military to destroy seized equipment of illegal miners in a latest attempt to stop the destruction of farmlands and water bodies.

Mercury use in Ghana

In Ghana, mercury contamination is largely linked to artisanal and small-scale gold mining (legal and illegal) where it is used in the gold purification process. The toxic metal is mainly used within the gold belt of the mining regions.

Although Ghana pledged to regulate the use of mercury in ASGM when it signed the Minamata Convention on Mercury, not much has been done to address the legacy pollution over the years.

“We are hopeful that the efficiency seen in the Sika Bukyia and the renewed effort to sanitize the ASGM sector will discourage the use of mercury,” the Country Manager of FFP said.

Leveraging on gov’t effort to reduce mercury use in ASGM

The 3rd National Multi-Stakeholder Dialogue called for increased local-level awareness and capacity for the adoption of mercury-free technologies in the pilot ASGM communities.

The stakeholders resolved to deepen inter-agency and regional collaboration while creating synergies with large-scale mines on best practices for ASGM inclusivity.

To help promote the alternatives, the meeting agreed to focus on localized sustainable entrepreneurship by integrating local businesses such as blacksmiths into the supply chain for mercury-free equipment.