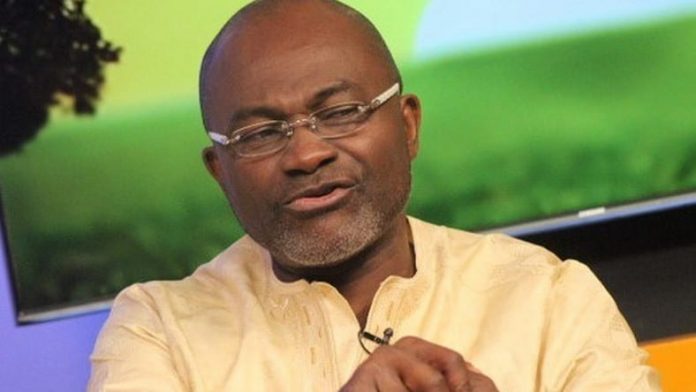 The Speaker of Parliament, Alban Bagbin, has directed the Privileges Committee of Parliament to look into motion of contempt against Mr Kennedy Ohene Agyapong, MP for Assin Central,  for allegedly threatening a journalist, and report back to the House.

When the Committee finishes investigating the motion and submits its report, the plenary would then decide if the Assin Central MP might be in contempt of the House.

The Speaker’s directive on Wednesday afternoon follows an application by Mr Alhassan Suhuyini, MP for Tamale North, by way of motion, complaining of comments allegedly made by the Assin Central MP, who is also the Chairman of Defence and Interior Committee of the House.

Quoting sections of the Standing Orders of Parliament, Mr Suhuyini prayed the Speaker to refer the Assin Central MP to Privileges Committee, “whose acts and conduct continued to affront the dignity of Parliament and brought it into disrepute”.

Mr Suhuyini observed that Mr Agyapong had said on his own network,  Net 2 TV, that if he had been the President of Ghana, he would have would beaten Erastus Asare Donkor, one journalist of the multimedia group, who was based at Kumasi.

Mr Suhuyini, a former journalist, said the Multimedia Group, had filed a formal complaint against the Assin Central MP, to the Police Criminal Investigations Department (CID)  for threatening the life of Mr Donkor.

“Mr Speaker, for those utterances to be attributed to a Committee Chairman of this House, I think it calls for the attention of this House….” he said.

“For the Chairman of the Committee of Defence and the Interior to go public and urge the President, the Commander in Chief of the Ghana Armed Forces to beat people and physically assaults people.

He says that Erastus Asare Donkor should be beaten seriously,”  Mr Suhuyini said and recalled that alleged utterances of Mr Agyapong were similar to those he made in relation to Ahmed Suale, a journalist, who was later murdered.

Mr Suhuyini said as a former journalist, he felt obliged to draw the attention to the comments of the  ‘Honourable Member’, which he described as “unbecoming of the Member and brought the name of the House into disrepute”.

The Tamale North MP urged the Speaker to exercise his powers under the Standing Orders of the House and refer the conduct of the member to the Privileges Committee for investigations for possible appropriate sanctions to serve as deterrent against unguarded statements by any member.

Mr Agyapong reportedly blamed Mr Asare Donkor that his report on the assault and resultant death of 45-year-old Ibrahim Muhammed, alias Kaaka, linking him to the #FixtheCountry campaign, instigated the Ejura Disturbances that led to the death of two persons and the injury of four, on Tuesday, June 29.

Deputy Majority Leader Alexander Afenyo-Markin, however, prayed the Speaker to request the applicant to procure the substance of the allegation in order to establish a prima facie case on the allegation.

He argued that the applicant only referred to a supposed letter from Joy Fm to the police.
Mr Afenyo-Markin cautioned that the House may by sacrificing procedure in “creating a new path’ if the procedures were not followed.

Speaker Babgin after Deputy Minority Chief Whip Ahmed had applied for the Speaker to overrule the application for prima facie, directed the Privileges Committee, chaired by the First Deputy Speaker Joseph Osei Owusu for the enquiry.

Speaker Bagbin expressed confidence in the abilities of the First Deputy Speaker to execute a good job as he also asked the House to throw its support behind the Committee in doing its work.

Speaker Bagbin, however, cautioned the MPs that their privileges in making free utterances do not go beyond their work t at Parliamentary Committees and at the plenary.
He advised them against making unguarded statements in the mass media and in public.