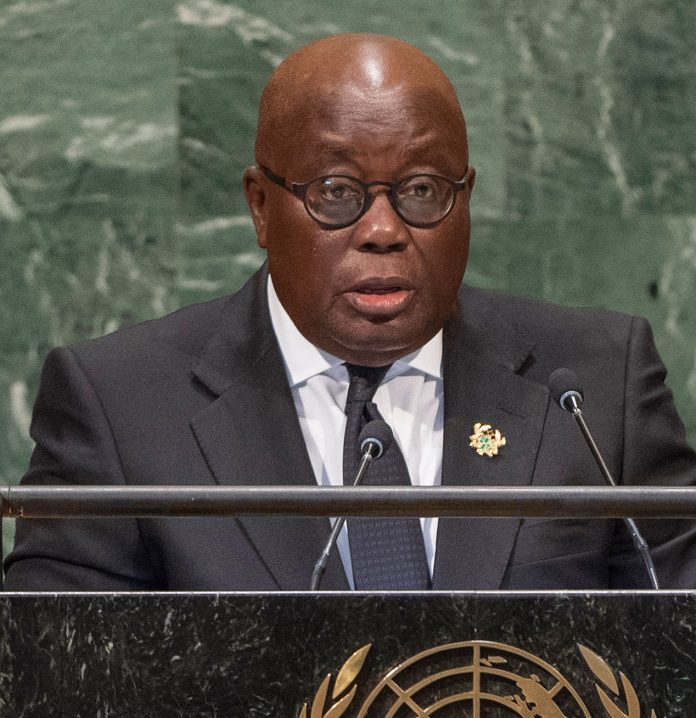 President Akufo-Addo has described as regrettable and unfortunate the Military uprising in Guinea that toppled the government of President Alpha Conde.

The President stated this when he opened an emergency virtual summit of the Heads of State and Government of ECOWAS on Guinea’s political crisis. Bright Ntramah has filed this report.

Guinean Special Forces early this week seized power in a coup, arrested President Conde’, and promised to change the political makeup of that country.

The coup had received worldwide condemnation with ECOWAS, AU, the USA and France calling for an unconditional release of the deposed President. The virtual emergency meeting will among other things discuss ways to return Guinea back to Constitutional rule after a Military takeover in that country.

President Akufo-Addo who is the Chairman of the Regional bloc commended his colleague leaders for the swift response to the meeting and without hesitation.

He said the response is a testimony to the strength and commitment of the goals of ECOWAS.

“First of all I want to thank all of you, especially the Heads of State for acting so promptly without hesitation to be present at this meeting. I believe that the manner in which in times of crisis, the leadership of the ECOWAS responds is the surest testimony to the strength and commitment all of us have to the goals of our regional organization.

All of us know the main matter which has brought us here which is the unfortunate and regrettable incident that has taken place in Guinea and it is to discuss that and to discuss our response to this clear violation of our common charter of good governance in the ECOWAS region and therefore what decisions we want to take in response,” President Akufo Addo stated.

A communique is expected to be released after the virtual Summit.