The Chief Executive Officer of Electrochem Ghana Limited, who is also the Chairman of McDan Group of Companies, Dr Daniel McKorley, says the people of ADA, particularly the youth in the area, should capitalise on the employment opportunities available to them at the Sorghor Salt Project as Electrochem Ghana will not demand any certificate before employment is secured.

According to the Ghanaian business mogul, all that is required from any youth or anybody from ADA is an identity of the individual’s clan and clan head ‘W3tsoyi’ to secure employment.

He was peaking at a mini durbar during the ADA traditional chiefs and elders tour of the Sorghor salt mines and the progress of work by the new investor—Electrochem Ghana. 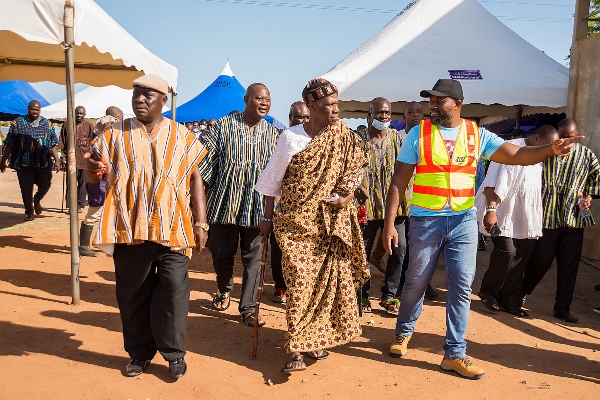 “The Sorghor salt mines now Electrochem Ghana, I want to thank N3n3 ADA, the traditional leaders from the traditional council and chiefs for respecting the job that Electrochem Ghana Limited is doing here and have come to visit and tour our facilities. As you can see the project is very tedious at four months, and in these four months, we have not slept. It’s been heavily construction works with the projects many people thought will take five years to complete but I want to say and assure you that it will be completed in two years.”

“Currently, we are working and building the community pans at Kposem. We are building over ten community pans there. What we are here as Electrochem Ghana Limited is for the development of the youth of this community. We came here within three months and we have employed over a thousand youth who are currently working in the concession. A lot of people don’t know but the community pans we have created will harvest about five hundred thousand bags of salt every year which I believe is a huge boost on what they are doing which is called Akyekpo.” 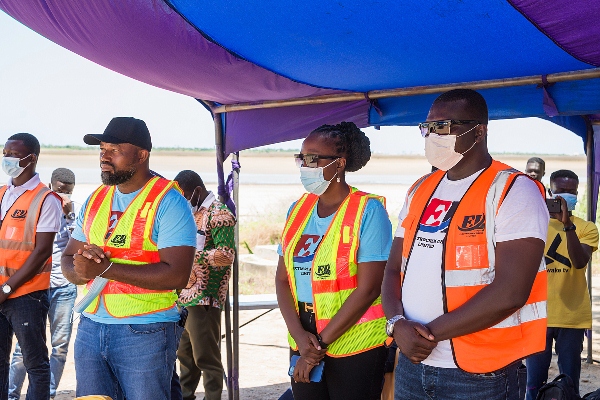 “When we expand the creation of the pans, employment will increase from one thousand to six thousand youth within one year. I don’t want to tell you how much we pay an ordinary worker here but if you are a youth from ADA and you walk into Electrochem looking for a job, you don’t need to bring a certificate, what we are doing now is just mention which clan you are coming from and the worst of all who your ‘W3tsoyi’ is and you will get a job and you will be working,” he said. 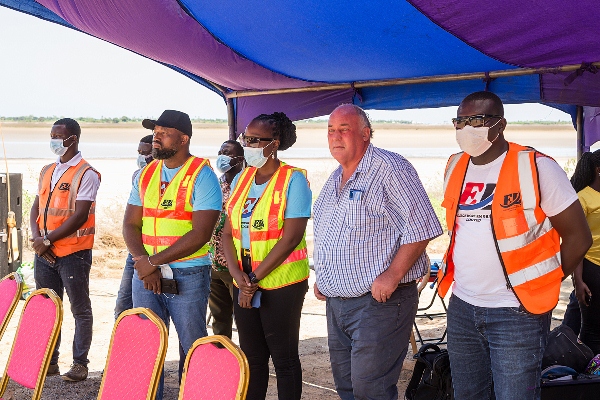 The Ada Traditional Authority and various communities around the Songhor salt mining area are happy with the progress made so far since a new investor took over large-scale salt mining in the area a few months ago. The project has employed more than one thousand of the Ada youth, and is projected to employ six thousand when refurbishing and engineering works at the site are completed.

This was mentioned during a tour of the site by the chiefs and executives of the salt mining company, Electrochem Ghana. 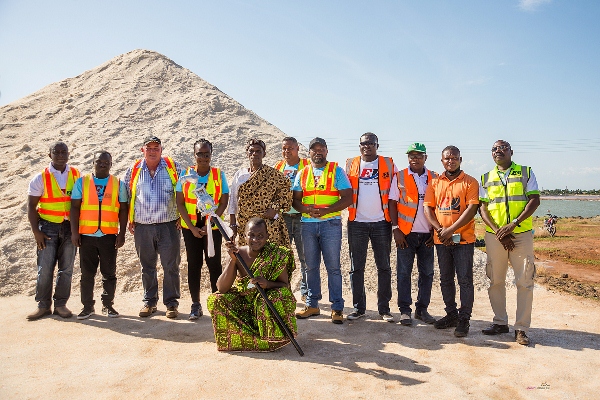 Dr. Daniel McKorley thanked the Ada Traditional Council for giving him the concession.

The Songhor salt mining area is a vast land of about 41,000 acres. During the last quarter of 2020, the Government of Ghana, in consultation with the Ada Traditional Council, gave the area to Dr. Daniel McKorley, a Ghanaian businessman, for salt production under a lease agreement spanning 15 years.

The company is living up to expectations by employing the Ada youth.

The Head of Production at Electrochem, Mr. Michael Mante told the media that apart from employing the youth, the company is supporting the indigenous artisanal salt miners by expanding their mining pans and introducing modern technology to enhance their production capacities.

The areas in Ada where the salt mining will be undertaken are Bonikope, Toflokpo, Avakpe, and Kposem. The land for the mining is 41,000 acres. 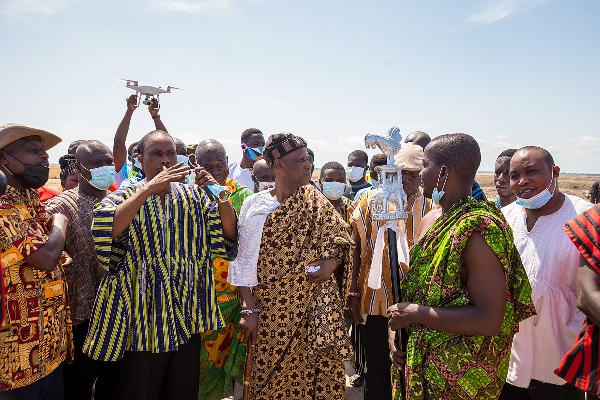 The Queen Mother of Ada, Naana Adiki, thanked the company for bringing progress to the area. She said with the needed cooperation, Ada will soon be on the world map in terms of salt production and export. 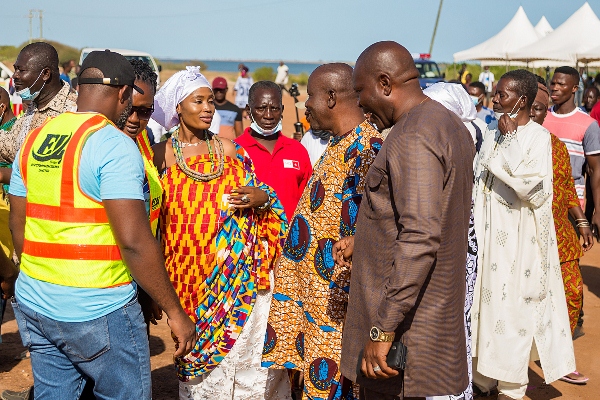 The Paramount Chief of Ada, Nene Abram Akuaku, called for cooperation from the various communities to help him leave a legacy for them. He also pledged the support of the Council for the project, urging the youth to work to ensure that it was a success. 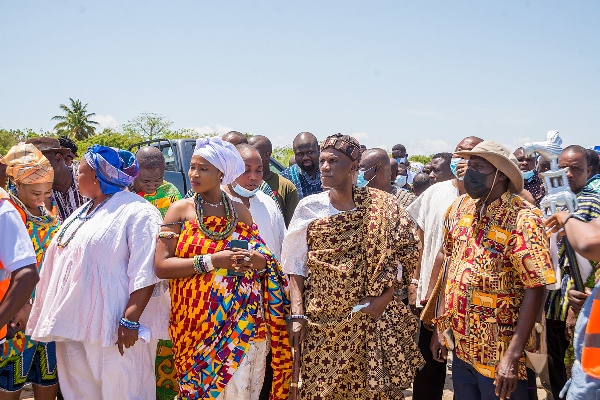 Nene Abram Akuaku III threw his support behind Electrochem Ghana Limited’s salt mining project in the Songor Lagoon area. He expressed excitement with the progress of work so far, adding that, the management of Electrochem has exceeded their expectations.

The Paramount Chief also used the occasion to entreat residents and the youth of the communities in the catchment areas of the project to be united and diligent with their work to make the most out of the employment opportunities that the Songor salt project will bring.