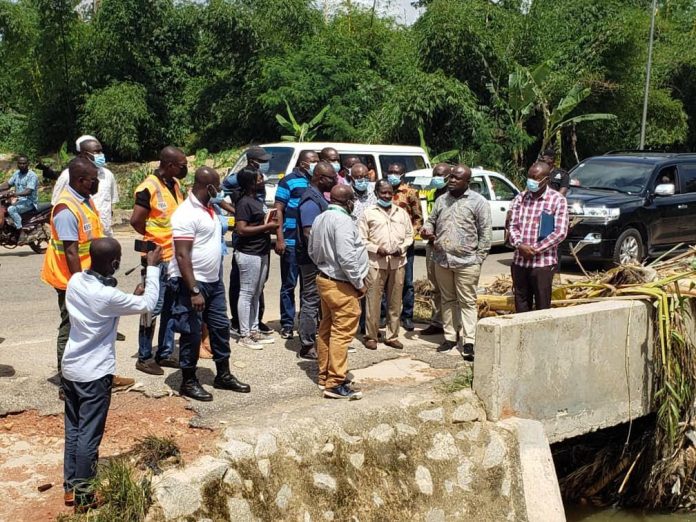 Metropolitan, Municipal and District Assemblies (MMDAs) have been directed to demolish structures built on waterways in their respective jurisdictions.

They should not allow such structures to continue to exist, because their presence posed serious danger to the environment, causing flooding and related negative consequences, Mr Francis Asenso-Boakye, the Minister of Works and Housing, said.

He said this when he inspected the damage caused to some communities in Kumasi following days of heavy rains.

At least four people, including a one-year-old boy, have perished in the latest flooding that hit the city, which also left in its wake the destruction of property worth thousands of Ghana Cedis.

Hundreds of people have been displaced after their places of abode were destroyed in the incidents.

Mr Asenso-Boakye said about 300 structures had been built on waterways in the Metropolis, describing the situation as unfortunate.

He decried the devastating effects of flooding in the Metropolis over the last two years, and admonished all and sundry to be involved in the campaign to tackle the issue.

The government had spent over GH₵400 million to address flooding in the country, he said, citing the expansion of the drainage system in some parts of the country.

Mr Asenso-Boakye cautioned stakeholders to work towards mitigating the changing climatic conditions that had worsened over the years with its resultant natural disasters, globally.

He was accompanied by officials of the National Disaster Management Organisation, engineers and some technical men at the Works and Housing Ministry.