Residents of Anum Okpeyase, in the Asuogyaman district of the Eastern Region, have appealed to the government to provide amenities in the community to help enhance their living standards.

The community lacks amenities, making life unbearable for the residents.

As a river bank community, their fear is that water-borne diseases may breakout to their detriment.

Anum Okpeyase has about 300 inhabitants most of whom are Ewes. The community is situated along one of the tributaries of the Volta Lake; hence their common occupation is fishing. The community lacks most basic needs such as health facilities, electricity, potable water, and toilet facilities. It takes residents about an hour to walk to Dodi, a nearby community, or an hour hike through its mountainous landscape to Anum Township for their domestic needs.

Residents say they have made several appeals to the Asuogyaman District Assembly to at least create an access road to open up the area which has yielded no results.

According to an elderly woman in the community, Akpene Sosu, an expectant mother once lost her baby on a motorbike on her way to a health post at Dodi, due to the bumpy nature of the only pathway leading to that area.

She added that lack of amenities negatively affect women in the community with regards to domestic activities.

An opinion leader in the community, Joseph Nuworvi appealed to the government through the Asuogyaman District Assembly to provide them basic amenities.

The Mahanaim Ministries International through its non for profit organisation, Home of Vision Foundation feted the residents and provided them with items such as clothing. 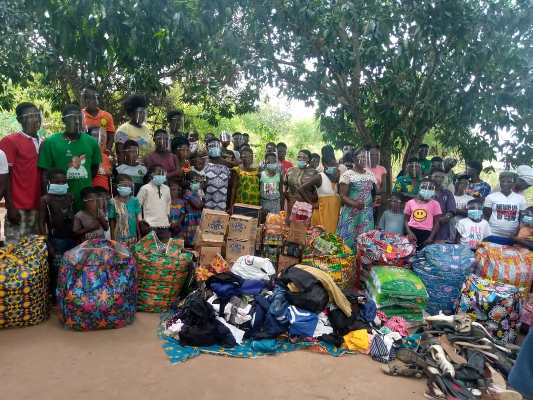 The Head of the Church, Rev. Michael Komla Kwawu said they were touched by their determination and zeal to make their lives better despite several challenges.

He appealed to the government and philanthropists to come to the aid of the community. The community thanked the Home of Vision Foundation for the kind gesture.

Calm has returned to Bawku after the shooting incident which killed three people Tuesday, August 16. Information on how they were killed remains scanty,...
Read more

Persons living around the Maamobi market in the Senya electoral area in Accra are agitating against a planned demolition exercise by the Ayawaso North...
Read more

Medical Director of the Greater Accra Regional Hospital, Dr. Emmanuel Srofenyo has condemned the statement by a trainee nurse that she will kill patients...
Read more