The Legacy of J.J. Rawlings

On Thursday, November 12, 2020, there was disbelief across the country and even abroad, that Ghana’s longest serving former...
Read more

A group calling itself, Volta NPP Grassroots for Justice has hit the streets of Ho to demonstrate against the...
Read more

Scores of Ghanaians have thronged the Accra International Conference Center as they file past the remains of late President...
Read more

The Upper West Regional Command of the Ghana National Fire Service has commissioned a Fire Station at Gwollu in the Sissali West District.

The ceremony also doubled as a pass-out of seventy three Fire Volunteers.

The move among others, was to complement the efforts of the Ghana National Fire Service in Gwollu and its adjoining communities.

The Acting Upper West Regional Commander of the Service, Abraham Nii Dodoo speaking at the event indicated that in spite the frantic efforts in combating fires across Upper West, the menace is still on the ascendancy.

Meanwhile, the Ghana National Fire Service had salvaged GHC1,105,500 worth of goods and property. 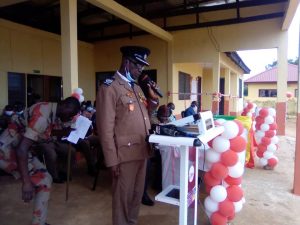 The Acting Regional Commander, Abraham Nii Dodoo announced that in 2020, Upper West recorded 153 fires with a loss to the tune of GHC939,611 and that the service saved goods and property  worth GHC1,115,700 over the same period.

One person lost his life in the process.

Mr. Dodoo said the upsurge in fire outbreak in the region is a worrying phenomenon which requires a collective effort.

He pointed out that the Region has 327 personnel which he described as woefully inadequate and called for officers to be posted to the region to augment the staff strength.

Mr. Dodoo advised Ghanaians against indiscriminate bush fire as we set into the harmattan season.

The Ghana National Fire Service asked developers to contact the Service for advice on fire safety requirements and factor into their buildings adequate and proper means of escape.

“We also want to caution that sections 15 and 16 of Act 537 make it mandatory for all Municipal and District Assemblies to constitute Fire Service Committee to oversee the activities of fire service in those Districts and Municipalities. We equally advise every home to acquire a fire extinguisher as a fire aid appliance as per LI 2249″, he stated.

DOI Nii Dodoo appealed to Ministry of Food and Agriculture to partner the Service to provide full fire cover for the planting for food and jobs in the region.

Deputy Upper West Regional Minister, Amidu Chinnia Issahaku cautioned the youth not to allow themselves to be used by politicians ahead of the December 7 polls.

“I therefore wish to advise the youth to desist from being used by any political party to disturb the peace that we are currently enjoying. I entreat all political parties to do their campaign based on policies and programmes they have either done in the past or they intend to do. I wish to caution all of you that the security agencies are well prepared to deal decisively with any individual or group who intend to commit trouble before, during and after elections” Mr Issahaku warned.

Mr Issahaku urged the personnel to uphold good maintenance culture to prolong the life span of the facility.

He appealed to the assembly to find a way of motivating the fire disaster volunteers to support the station achieve its goal.

The new fire station was constructed by the Sissala West District Assembly. 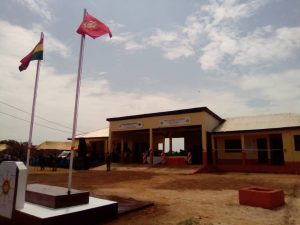 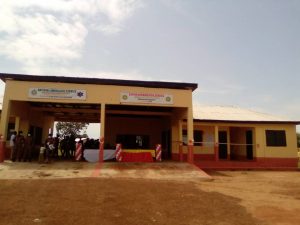 The Legacy of J.J. Rawlings

On Thursday, November 12, 2020, there was disbelief across the country and even abroad, that Ghana’s longest serving former...
Read more
Politics

A group calling itself, Volta NPP Grassroots for Justice has hit the streets of Ho to demonstrate against the appointment of Dr. Archibald Yao...
Read more
General

Scores of Ghanaians have thronged the Accra International Conference Center as they file past the remains of late President Jerry John Rawlings which have...
Read more
Africa

The High Court in Malawi has refused to allow former President Peter Mutharika access to his bank accounts which were frozen by the country’s...
Read more
Health

The Ghana Health Service (GHS) has for the third straight update announced that the country has recorded more than 600 new daily infections of...
Read more

Scores of Ghanaians have thronged the Accra International Conference Center as they file past the remains of late President Jerry John Rawlings which have...
Read more

The Driver and Vehicle Licensing Authority (DVLA), has encouraged drivers to use low beam light to improve visibility as the harmattan intensifies. According to the...
Read more

The Vice-President of the Ghana Catholic Bishops Conference (GCBC), the Most Rev. Charles Gabriel Palmer-Buckle, has called on Ghanaians to conscientiously work towards imbibing...
Read more

Rawlings’ funeral: No picture taking gadget will be allowed at lobby of AICC

The Jerry John Rawlings Foundation, on behalf of the Rawlings’ family through the Ministry of Information has stated that no media house or any...
Read more