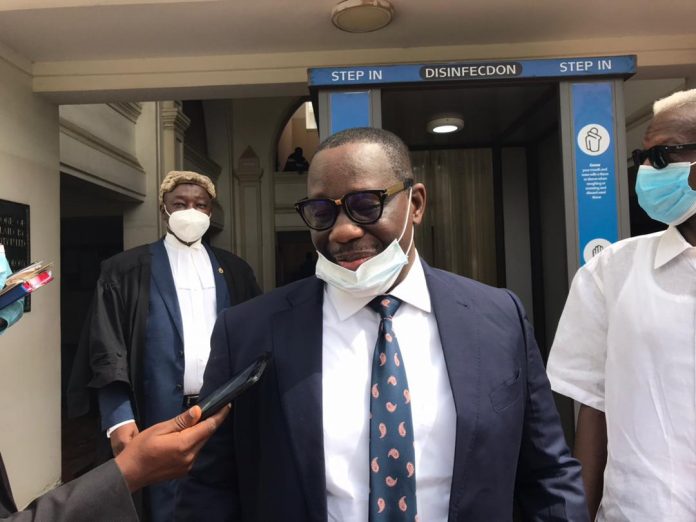 State prosecutors in the case in which a former Director-General of the Social Security and National Insurance Trust (SSNIT), Ernest Thompson and four others are standing trial for causing financial loss to the state have filed a new charge against the accused persons.

This latest charge follows a Supreme Court ruling that the particulars the state had provided to support the charge of causing financial loss to the state against the accused persons are scanty and inappropriate.

State Attorney Gyambiby said they filed a new charge sheet two days ago in compliance with the orders of the Supreme Court. His understanding is that in terms of this proceeding, not all the accused persons are involved.

Counsel for Ernest Thompson, Samuel Codjoe said they have not been served with the new charge.

Lawyer George Bernard Shaw also told the court that, they have not been served with the said amended charge and therefore cannot speak to the accuracy or otherwise of the charge sheet.

Lawyer for SSNIT who is one of the accused persons, Hayibor told the court that, they have also not been served.

The Criminal Division of the Accra High Court presided over by Justice Henry Anthony Kwoffie, Court of Appeal judge sitting with additional responsibility as a High Court judge, called for the Bailiff who served all the accused persons inside the courtroom.

The case has been adjourned to Thursday, May 20.