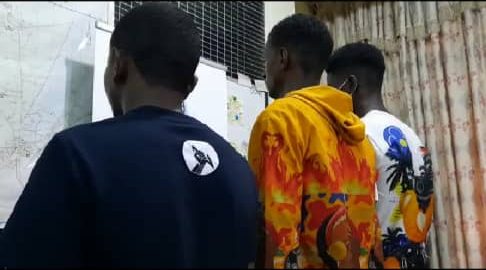 A Tamale District Court has remanded into police custody three suspected members of an armed robbery and kidnapping syndicate believed to be operating in the Northern, Savannah and Oti regions. The three are accused of engaging in kidnapping and armed robbery and are to reappear before the court on May 31.

The Northern Regional Police Command says, the suspects were picked up in three hotels in Tamale following intelligence about their activities. The Northern Regional Police Commander COP Timothy Yoosah Bonga at a News Conference in Tamale disclosed that, kidnappings and armed robberies are on the increase in the Savannah, Northern and Oti regions and called on the public to be on high alert as well as support the police with information that would lead to the arrest of such groups or individuals.

In another development the Northern Region, the Northern Region has recorded at least three kidnappings this year and one of the victims kidnapped in Bimbila is believed to have paid one hundred thousand Ghana cedis in ransom. The three victims were all wealthy cattle herders and the kidnappers are believed to be herders too, with some allegedly coming from Nigeria.

Inhabitants of Adenta/Madina to hold vigil for accident victims