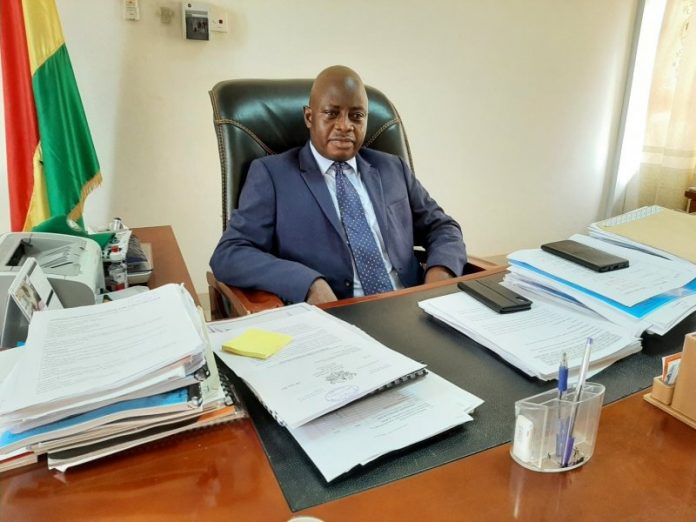 Upper East Regional Minister, Mr Stephen Yakubu, says the Region has over the years been on high alert for any possible attack from neighbouring countries.

“We have always been on high alert, as a Region which shares borders with Burkina Faso which also shares borders with Mali and other countries. Especially now with recent problems in those countries, we need to be on high alert,” he stressed.
He called for calm and vigilance among residents in the Region, and urged them to go about their normal daily activities and freely render information to security agencies on any suspicious moves of strangers in the various communities.
Mr Yakubu made the submission while reacting to media reports on possible terrorist attack in Bolgatanga and Tamale in the Northern Region.
He said government and the Regional Security Council (REGSEC) would continue to ensure peace and security in the Region and the borders were secured by various security agencies, “So I can assure residents that the Region is peaceful, our borders are safe.”
The Minister reiterated his appeal to residents in the Region to be vigilant and look out for strangers in their respective communities, saying “We have to know who is coming in and going out, and their purpose of visit to the Region.”
He urged hotel owners to report any suspicious behaviour of strangers in their facilities to the security officers for the appropriate action to be taken.
The Minister, who is also the Chairman of REGSEC, residents and hotel owners may not know the intentions of strangers, but the security officials were trained to identify actions and suspicious behaviours and would deal with them accordingly.
Mr Yakubu noted that “We have been following leads, but because they are security matters, we don’t disclose to the public, but we are on top of the issues in Upper East, security wise.”
Some residents, especially at the Paga border in the Kassena-Nankana West District who spoke to the GNA on the same issue, called for more security officers to patrol the various borders.
Madam Joyce Kaba, a resident at Paga, said “Government should help us by protecting the borders to prevent any attacks. I heard that some people want to attack Ghana so we are begging the government to help us.”
The Regional Police Public Relations Officer, Assistant Superintendent of Police (ASP) David Fianko Okyere, when contacted, declined to talk about it saying they did not put out any information concerning security threat.