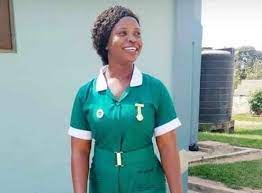 The Ghana Nurses and Midwives Association (GRNMA) says it is looking forward to having justice served to persons who murdered its member, Madam Ruth Ama Eshun in the Ashanti Region.

The murdered nurse, who was a mother of three, was found dead at a secluded area close to her residence in the Bosomtwe District of the Ashanti Region on February 4, 2020 after it was reported that she left home on February 3, 2020 and never returned.

Speaking at a durbar of nurses and midwives in Bolgatanga, the Upper East Regional capital, the President of the Association, Mrs Perpetual Ofori-Ampofo, said the GRNMA through its Ashanti Regional branch was following up on the case in court.

“We are hoping that the culprits will face the justice for the ruthless murder of our sister. So let’s keep the legal team and the Region in prayers,” she said.

She said the GRNMA was committing some money into the fund, and reiterated that the Association was working to ensure justice was served on the perpetrators of the act.

Mrs Ofori-Ampofo told the members that the GRNMA would continue to work hard to ensure the welfare of members, and build the Association in spite of the challenges.

She said leadership was working towards the six main strategic areas, namely leadership and governance, education and training, welfare, campaigns and communications, influencing of health policy and research.

Touching on the health fund of the Association, she said the fund was meant to support members with health conditions that were not catered for under the National Health Insurance Scheme (NHIS).

She entreated the nurses and midwives to identify colleagues with health conditions that were not catered for under the NHIS to apply for financial support.
“When we get the applications, we process them and give money to applicants. We have given as much as GHC30,000.00 to our comrades and it is all in the beauty of putting together the little that we have.

“When we came into office, the contribution was three per cent, we have increased it to six per cent, so that we can raise and build that health fund,” Mrs Ofori-Ampofo said.

"Deposits of over one million Ghanaians saved in banking sector clean-up"...