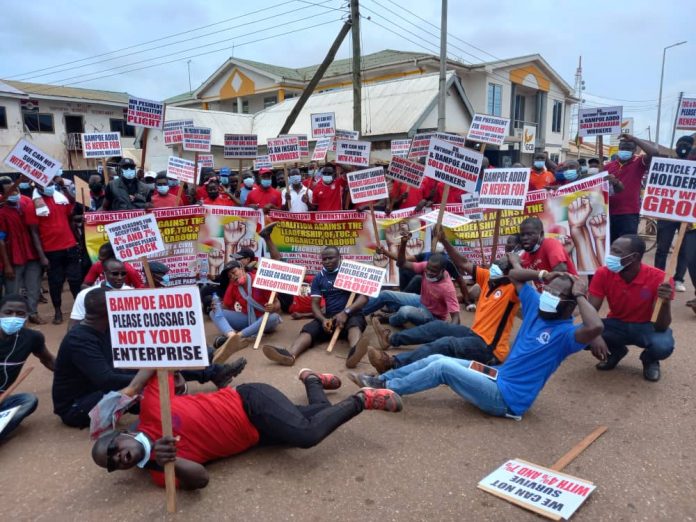 Some public sector workers in the Northern region took to the streets today September 21, 2021 to mount pressure on the leadership of the Trades Union Congress, TUC, to go back and renegotiate the salary increase announced by the government 3 months ago.

The workers say the 4.7% increase for 2021 and 2022 respectively, is unacceptable and blamed the leadership of the TUC for failing to strongly represent workers in Ghana.

The workers marched through some principal streets of the Northern Regional Capital, Tamale and finally converged on the Jubilee Park.

Executive Secretary of the Coalition, Azubila Salam in an address said, considering the prevailing economic conditions, the increase is a slap in the face of public sector workers and called on the leadership of the TUC to go back to the negotiating table to address the issue.

“We cannot survive with the 4% salary increase and the 7% next year. You see, our leaders have failed us as TUC and Organised Labour”, Mr. Azubila emphasized.

A little over a month ago, some workers of the Public Services Workers Union (PSWU) of the TUC, described the salary increases as unacceptable.