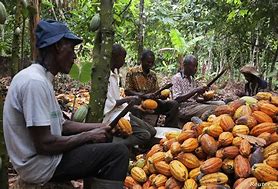 Three Researchers at the University of Ghana with an interest in Agricultural Policy Research in Africa, APRA, have encouraged Cocoa farmers to grow fruit tree crops on their farms.

This will provide shade for the cocoa trees, reduce diseases, pests, weeds and give the farmers additional income.

The three researchers, Professors Sebastian Kojo Amanor, Joseph Yaro and Joseph Teye, made the recommendation during a dissemination workshop for Cocoa Farmers in the Suhum Municipality.

It follows their research findings on cocoa farmers at Suhum in the Eastern Region and Juaboso in the Western North Region, which was funded by the UK Department for International Development.

They recommended that government provide micro-credit to farmers to buy inputs and also support cocoa farmers in their activities. Professor Kojo Amanor touched on the recent reports of China producing cocoa, saying Ghana should sustain the production of high-quality cocoa beans.

The farmers called on government to undertake mass spraying, pruning, provision of fertilizer and seedlings to help increase cocoa yields.

They appealed to government to release funds early when the cocoa season resumes. 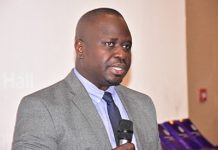 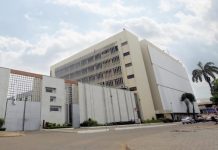