By Rachel Kakraba
The Eastern Regional Police Command is pursuing six armed robbers who attacked a shop that deals in gold at Asamang Tamfoe in the Atiwa East Municipality of the Eastern Region.
The unmasked robbers are reported to have fired sporadically throughout the broad-daylight operation that lasted about 11 minutes before making away with over one million cedis cash.
Two persons, including Kenneth Ampem, the security guard at the facility, were shot dead in the process.
The identity of the other deceased person who’s said to have been shot while the robbers were escaping is not yet known. 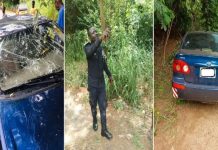 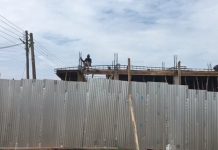