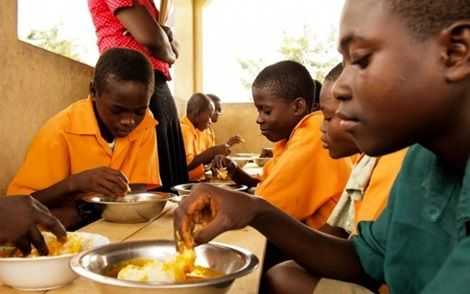 The National Coordinator, Ghana School Feeding Programme (GSFP), Dr Getrude Quashigah, says the adoption of soya chunks into the diets of school children has improved their nutrition and provided cost benefits to caterers in the programme.

She said the GSFP had piloted the use of soya chunks in some schools and it had yielded good nutritional results for the school children as well as helped caterers in providing less expensive quality protein to the students.

The National Coordinator of GSFP said this at the launch of the American Soyabean Association and the World Initiative for Soy in Human Health (WISHH) ‘Go for Soya Chunks’ campaign at promoting local consumption of soya chunks.

The campaign sought to sensitise the public on incorporating the crop product into their diets for enriched nutritional benefits.

Soya chunks, also known as Textured Soya Protein (TSP) or soya meat, is soya bean that has undergone extrusion, thus the oil fat in the bean has been taken out of it making it rich in protein, vitamins, among others.

Dr Quashigah said the crop product fitted well into the policy direction of the GSFP and provided the school children with the right nutritional benefits.

She said it was in line with the government’s local production policy to boost local consumption and production of soya beans.

“So far, we are comfortable with the soya chunks in our schools, because it is highly rich in protein comparative to even meat and eggs and was less expensive too,” she added.

She said the GSFP was in the process of rolling out the use of soya chunks in all schools under the programme so that the school children could benefit from its nutritional benefits.

He said soya bean had a lot of opportunities for the Ghanaian consumer market, not only in improving nutrition but promoting agriculture and achieving food security.

“Soya chunks provide opportunities for plant-based nutrition in the local consumer market because it contained more protein, less fat and is less expensive,” he added.

Mr Slemp said the campaign would continue to the end of the year and would include series of activities to sensitise the public on the need to include the product in their diets. 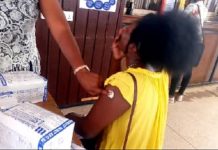 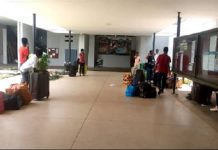 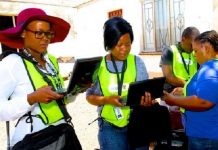 September 21, 2021
The Ghana Statistical Service (GSS), will release provisional results of the 2021 Population and Housing Census (PHC) on Wednesday, September 22. The report is an...

“Construction in Buem of four roads in one year unprecedented” –...