Extreme weather conditions present a serious threat to human livelihoods, and in certain situations, they may even be fatal.

Agriculture, water, health, energy, infrastructure, and transportation are just a few of the many climate-sensitive sectors negatively impacted by recurrent shocks.

In an interview with Dr. Pamela Kaithuru, a Psychologist on climate-related stressors, she said besides commodities, survivors from losses and damages due to climate change also need psychosocial support.

“Designing intervention programmes that exclude mainstreaming psycho-social and mental health is doing a disservice to communities undergoing stress and depression from loss due to severe impacts of climate change such as droughts as being witnessed in parts of Africa”.

Dr Kaithuru noted that society must look for ways to protect vulnerable populations such as those in humanitarian situations.

“In some parts of Africa, especially Kenya, it is now official that drought cycles now occur every year. Some decades ago when they used to come once in a generation”.

Dr Kaithuru who also doubles as an expert consultant at the African Coalition of Communities Responsive to Climate Change, further added that when pastoralists losses all their livestock or smallholder farmers fail to harvest after massive investment on their farm, the resultant stress is huge.

Unfortunately, this has been a neglected area, yet to receive needed attention, she said.

According to Dr Kaithuru, climate change is already impacting health in a myriad of ways, including deaths and illness from increasingly frequent extreme weather events, such as heatwaves, storms and floods, the disruption of food systems, increases in food and water borne diseases, and mental health issues.

Furthermore, she said, climate change is undermining many of the social determinants for good health, such as livelihoods, equality and access to health care and social support structures.

“What worsens the situation is the depression that farmers and pastoralists suffer because of loss of livelihood due to climate-related impacts. You can imagine what their families would go through”.

Depression is a common illness worldwide, and affects about 280 million people, leading to over 700, 000 deaths from depression-related suicides every year. According to the World Health Organization, WHO, the burden of mental disorders among conflict-affected populations is extremely high. The WHO’s review of 129 studies in 39 countries showed that among people who have experienced war and other climate-related conflicts in the previous 10 years, one in five people will have depression, anxiety, post-traumatic stress disorder, bipolar disorder or schizophrenia.

Dr Kaithuru said between 2030 and 2050, climate change is expected to cause approximately 250,000 additional deaths per year, from malnutrition, malaria, diarrhea and heat stress.

“It is worrying to know that the weak health infrastructure in vulnerable countries does not offer coping mechanism for climate-affected populations. This is a critical issue that needs to be looked at.

According to some reports, the direct damage costs to health, that is excluding costs in health-determining sectors such as agriculture, water and sanitation is estimated to be between 2 to 4 billion US Dollars a year by 2030. Over 930 million people around 12% of the world’s population spend at least 10% of their household budget to pay for health care. 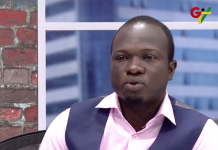