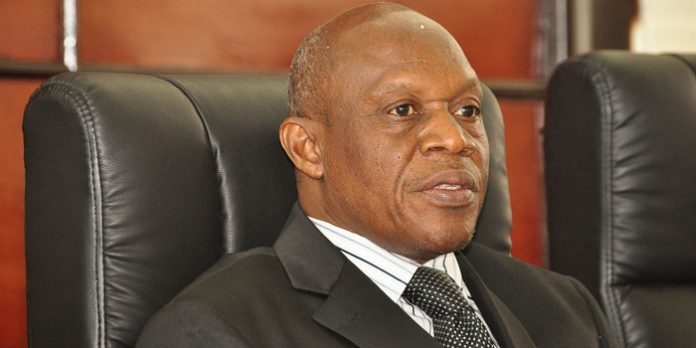 A retired Justice of the Supreme Court, Justice William Atuguba, has admonished Ghanaians to embrace the outcome of the 2020 presidential election petition in good faith.

He said in the event that a section of the people were aggrieved by the verdict of the apex court, their actions must be within the confines of the law.

In an interview with the Daily Graphic last Saturday, Justice Atuguba indicated that “court decisions on matters of this kind have various impacts and effects, depending on the circumstances in each country. What I will say is that even if anybody is aggrieved with the ruling, their reactions should be within the framework of the rule of law.”

Asked about the call for the Chairperson of the Electoral Commission (EC), Mrs. Jean Mensa, to mount the witness box, Justice Atuguba, who was the president of the panel of the Supreme Court that adjudicated the 2012 presidential election petition, said the court had the necessary wisdom in dealing with such matters.

On that score, he asked that people avoid directing the court on how to handle the issue, noting that such actions could lead to contempt.

“The Supreme Court judges, including the Chief Justice, have been vetted and approved by Parliament, who are the representatives of the people, so it is important for all actors, particularly the lawyers and the adjudicators, to bear in mind at all times that the decision of the court involves the sovereign welfare of the people of Ghana,” he said.

He was first enrolled as a magistrate on October 3, 1974.

He worked as a private legal practitioner and served as a State Attorney before being appointed a Justice of the Supreme Court.

On countless occasions, Justice Atuguba acted as Chief Justice any time Justice Georgina Theodora Wood was outside the country on official duties.

Justice Atuguba became a household name when he led the nine-member panel of judges that adjudicated the 2012 Election Petition as its President.

They ruled in favour of the National Democratic Congress (NDC), giving impetus to the Electoral Commission’s declaration of Mr. John Dramani Mahama as the winner of the presidential election.

During the 2013 petition at the Supreme Court, Justice Atuguba took a strong position against persons casting doubt on the independence and integrity of the Judiciary.

He noted that the country was solid but was breaking down because principles were being chopped down, indicating that such actions were bad for court proceedings.

“We have a strong and solid independent Judiciary in this country which must be preserved,” Justice Atuguba said, in apparent response to a challenge to his being a member of the panel constituted by Chief Justice Wood to hear the NDC’s motion for joinder to the petition challenging the declaration of Mr. Mahama as winner of the December 7, 2012 presidential election.

“If we perceive the Judiciary not to be independent, we will be gambling with the destiny of this country,” he stated after he and his colleagues had emerged from their chambers following a meeting with lawyers representing the parties in the case.