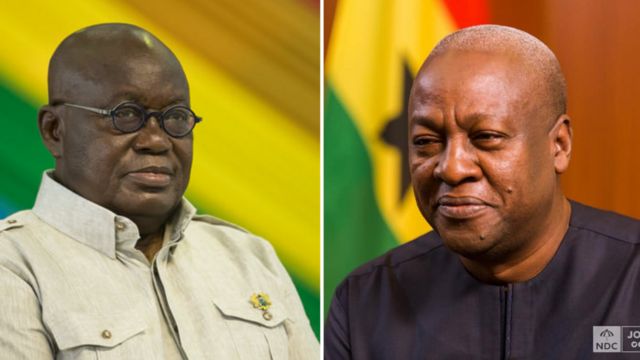 The Supreme Court has affirmed President Akufo-Addo as the constitutionally elected President of Ghana.

This follows a unanimous decision of the seven-member panel of judges to dismiss the election petition filed by the 2020 Presidential candidate of the NDC, John Dramani Mahama.

According to the Apex Court, the petitioner failed to adduce evidence to support his case rendering it unmeritorious.

Former President John Mahama who lost the 2016 election and the 2020 general election was in court to challenge the validity of results declared by the Electoral Commission.

In a ruling by the court on Thursday, March 4, Chief Justice Anin Yeboah said the petitioner failed to satisfy all the five issues outlined by the court for determination.

Chief Justice Anin Yeboah said the petitioner failed to adduce enough evidence to support the claim that none of the candidates met the threshold to be declared winner, a reason the election must be re-run. February 6, 2023
SOURCE: GNA There is a shortage of tuna on the market one month into the three months close season for Tuna Vessels, the Ghana News...