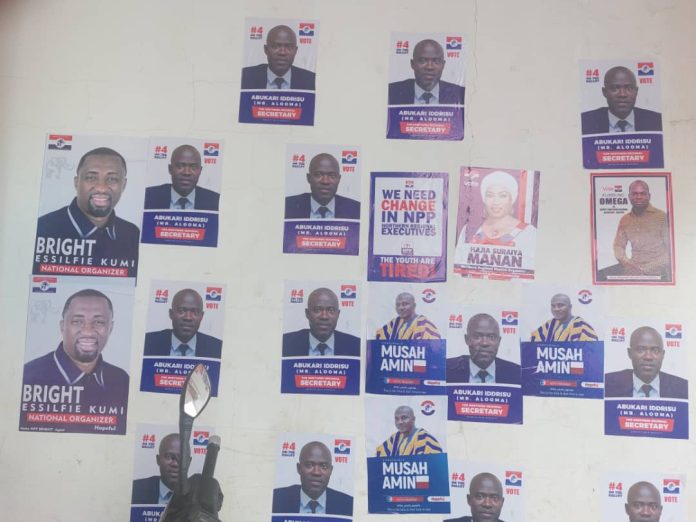 Six persons have been arrested at the ongoing NPP Regional Delegates Conference in Tamale in the Northern Region.

Police say, the six arrested were picked up after they were found hiding in a restricted area of the Alhaji Aliu Mahama Sports Stadium where the Conference is taking place.

The Northern Regional Crime Officer, Superintendent Bernard Baba Ananga, confirmed the news to GBC at the ongoing Conference, adding that, they “are carrying out further investigation to establish the motive of the suspects”.

He assured stakeholders that, Police were on top of their job and will ensure order at the grounds.

Aside from these arrests, security is tight on the grounds and the inner perimeter where voting is taking place.

About 382 delegates are expected to vote in the election.

Whilst 31 persons are contesting positions including, Regional Chairman, Secretary and Organiser’s positions.

The main contest for today, May 27, 2022, is position of the Regional Chairman.

Though there are three persons including incumbent, Adam Baatima Samba.

Observers say the contest is between the incumbent and Alhaji Inusah Amadu, popularly called Dagomba Boy.