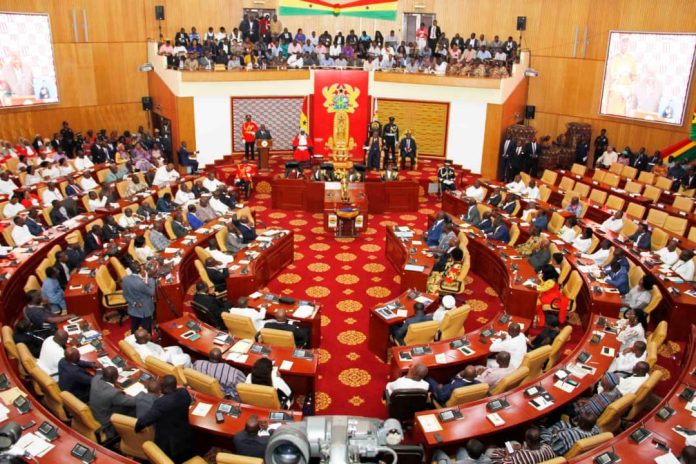 The New Patriotic Party (NPP) Majority in Parliament has asked Ghanaians to disregard reports that the 2022 Budget has been rejected.

Last night, the Minority in Parliament voted against the Budget, in a vote in which the majority side of the House was absent.

The Majority leader, Osei Kyei-Mensah-Bonsu addressing a news conference in Parliament, explained that, according to Order 109, the Speaker required 138 members at least before he can put a question.

He said the Speaker may have a quorum to take questions and statements but he needs 138 to put a question.

The Minority Leader, Haruna Iddrisu, shared some thoughts on the development surrounding the 2022 Budget and called on Ghanaians to pay attention to what is happening in Parliament.

Meanwhile, the Speaker, Alban Bagbin is expected to travel out of the country today 27th November, 2021 to Dubai for two weeks, and in his absence, the Deputy Speakers will preside over proceedings.

Telcos to stop upfront deduction of 9% CST tax from November...