The Special Representative of the UN Secretary-General for West Africa and the Sahel, Dr. Mohamed Ibn Chambas, has appealed...
Read more

The Police Management Board led by Inspector General of Police, Mr James Oppong Boanuh, has commiserated with former President Jerry John Rawlings and his family on the loss of Madam Victoria Agbotui, mother of the former President.

A statement issued by Mr Kobina Andoh Amoakwa, the Communications Director, Office of former President Rawlings, said the delegation assured the former President of their utmost support throughout the final funeral rites of Madam Agbotui, who passed away on September 24. 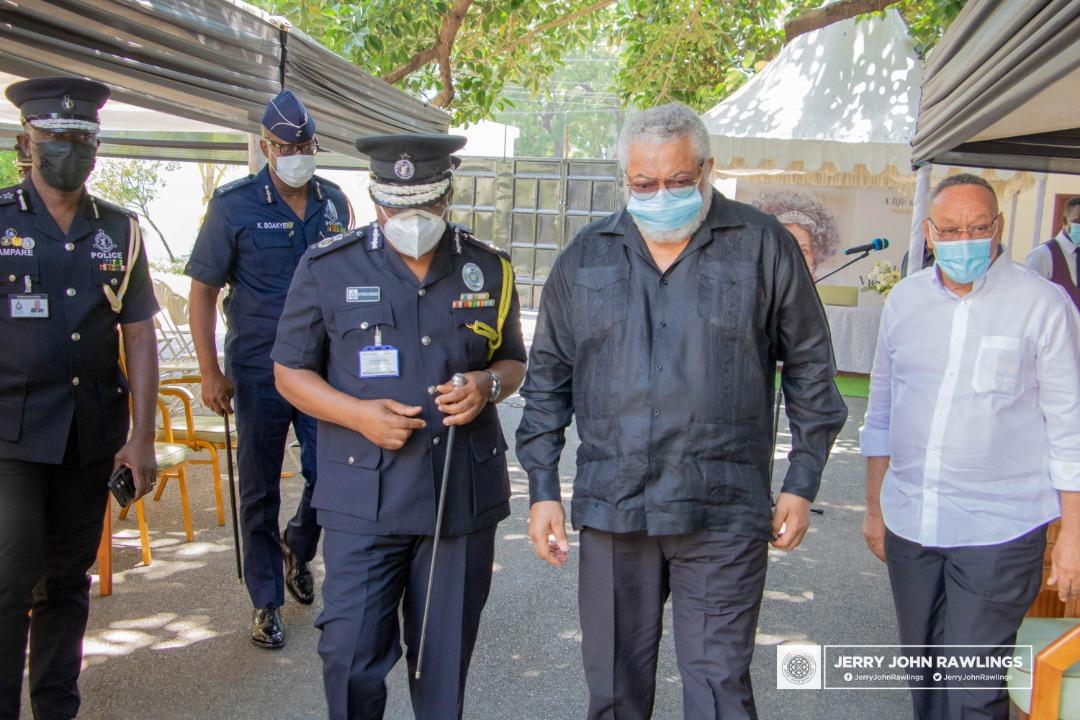 Speaking on behalf of the Police Management Board, Commissioner of Police in charge of Legal and Prosecutions, Nathan Kofi Boakye, said:

“The Police Administration decided to visit you to commiserate with you on the demise of your mother, our mother and mother of the nation. I say mother because she has produced for us one of the greatest leaders of our generation.”

Dr Senanu Djokoto, who spoke on behalf of the former President and his family, outlined details of the funeral to the delegation and extended the gratitude of the family to the Police Service for the show of sympathy and support.

The statement also said Mrs Jean Mensa, the Chairperson of the Electoral Commission (EC), also led a delegation from the Commission to console former President Rawlings and his family on Thursday. 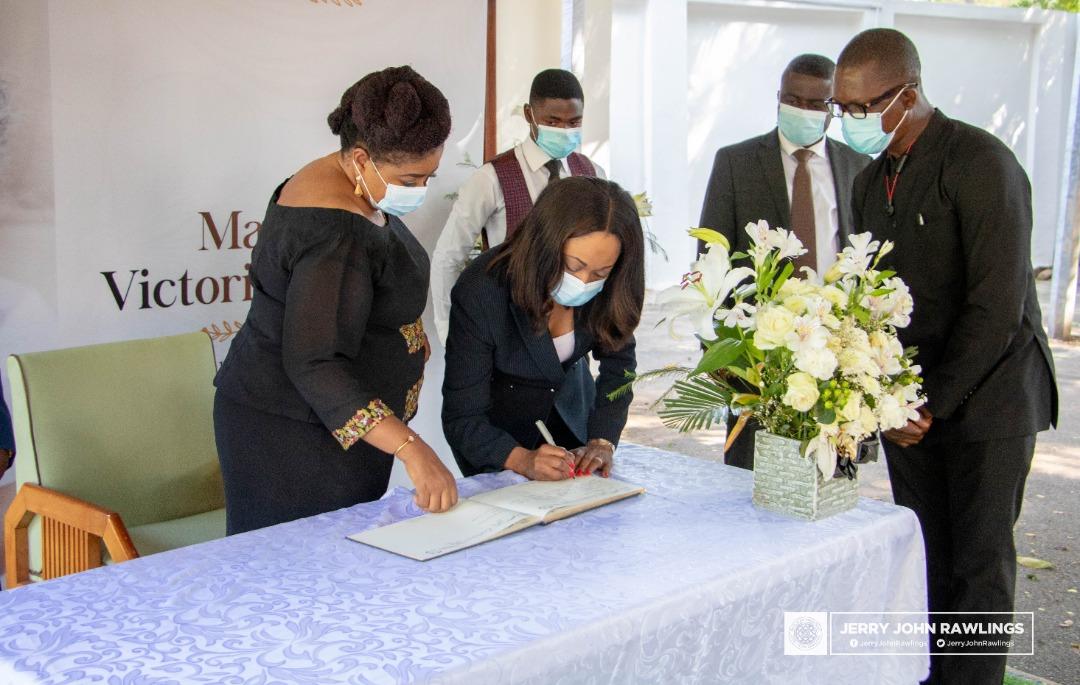 Mrs Mensa extended the condolences of the Commission and described Madam Agbotui’s life as one that was well-lived and worthy of celebration.

She expressed regrets that people like her did not have the opportunity to tap from the wealth of experience and knowledge of Madam Agbotui, before her demise.

The Commission’s message in the book of condolence read: “Our thoughts and prayers are with His Excellency [President Rawlings] at this time. May her soul rest in perfect peace and may her memory be a blessing.”

Mrs Mensa was accompanied by her two deputies, Bossman Asare and Samuel Tettey as well as Madam Sylvia Annoh.

The statement said the mortal remains of Madam Agbotui would be laid to rest on Saturday, October 24 in Dzelukope.

It said there would be a pre-burial service at the Forecourt of the State House, Accra from 0900 hours to 1000 hours before the body is conveyed to Dzelukope through Vume, Savietula and thence to the family house before arriving at the Keta Senior High School Park.

It said interment would take place privately before sunset. 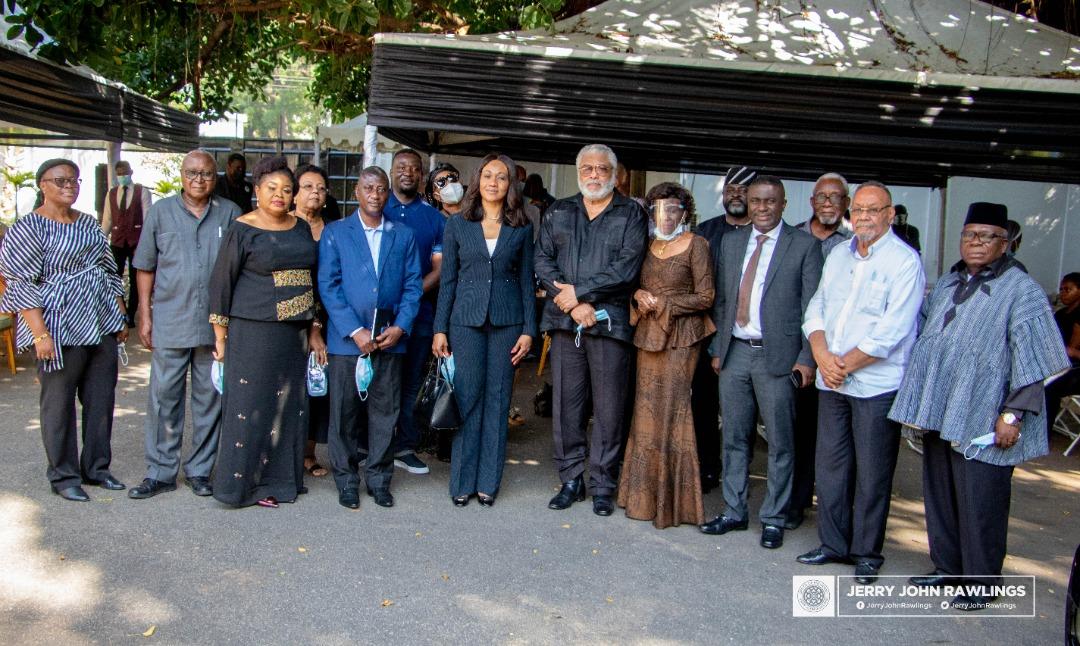 The Special Representative of the UN Secretary-General for West Africa and the Sahel, Dr. Mohamed Ibn Chambas, has appealed...
Read more
General

The Electoral Commission (EC) will deploy 234,206 permanent and non-permanent officials across the country to perform electoral duties on December 7. The number comprised 1,649...
Read more

The Special Representative of the UN Secretary-General for West Africa and the Sahel, Dr. Mohamed Ibn Chambas, has appealed to political parties, particularly the...
Read more

The Electoral Commission (EC) will deploy 234,206 permanent and non-permanent officials across the country to perform electoral duties on December 7. The number comprised 1,649...
Read more

A Senior Lecturer and Media Consultant to the Ghana Journalists Association, GJA, Dr. Bonnah Koomson has advised journalists not to be swayed by their...
Read more

President Akufo-Addo has been speaking on recent polls putting him ahead of his main contender in the 2020 elections. Surveys by pollster Ben Ephson, the...
Read more

Elder Sister of king of Thailand to run for Position of...

Asenyansu to get a US$10 million ethanol factory