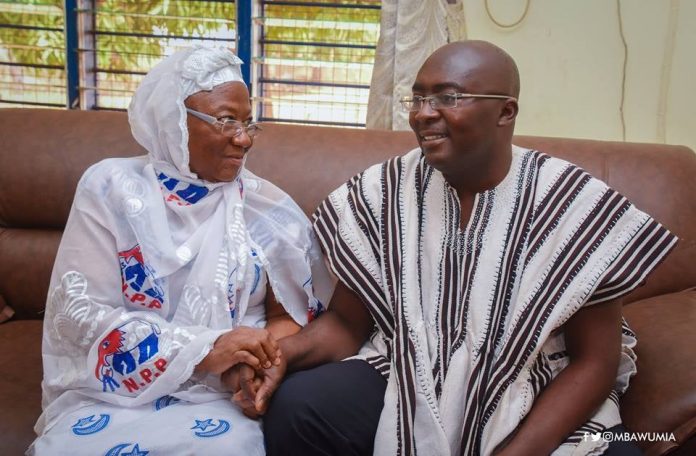 President Akufo-Addo and the first Lady Rebecca Akufo-Addo have commiserated with the Vice President, Dr Mahamudu Bawumia who lost his mother in the early hours of yesterday, September 13, 2021.

Hajia Mariama passed on after a brief illness in Accra. Hajia Bawumia had been unwell and hospitalised over the past few weeks.

Since the passing of the mother of the Vice President Dr. Mahamudu Bawumia, several dignitaries from far and near have thronged his home at Kanda estate to offer their condolences.

President Akufo-Addo and his wife also visited yesterday to offer their sympathies to the Vice President.

On arrival at the residence of the Vice President who was seated with his wife Hajia Samira Bawumia welcomed the President.

President Akufo-Addo expressed his condolences to them and later signed the book of condolence.

The Chief of Staff, Akosua Osei Frema Opare, the National Chief Imam, Sheikh Osman Nuhu Sharabutu and Members of the minority side including Minority Leader in Parliament, Haruna Iddrisu, the heads of the various Security Services and some NPP party faithful were also present.

A native of Kpasenkpe in the West Mamprusi District, Hajia Mariama was one of the first Northern female students to gain admission to the prestigious Wesley Girls’ High School in Cape Coast in the Central Region.

During her 80th birthday in 2019, Dr Bawumia in a Facebook post described her as the pillar of in his life.

Hajia Mariama Bawumia will be buried today in Walewale in the North East Region.