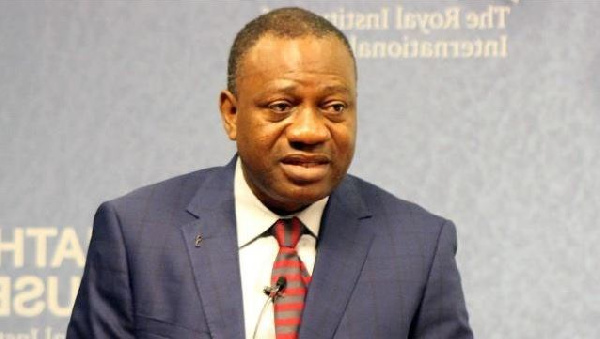 International Relations and Security Analysts have cast doubts over the feasibility of the sanctions placed on the military junta that overthrew President Alpha Conde in Guinea, following an ECOWAS Extraordinary Summit held September 16, 2021, in Accra.

“The 6 months is very small. First of all, mobilizing the people on that, getting the political parties to campaign, organizing, making sure the election materials are provided and all other things that will make the election possible is going to be extended, but it’s a necessity. It is a kind of gun-boat diplomacy, which means that you have a force close to the place of action, you are not using the force but you are asking them to take a certain action and once that action is not taken will deploy the force.”

Dr. Pelpuo explained that the call by ECOWAS to other international bodies to support its decision on Guinea is in order.

“We are organised under the United Nations and we all signed up to the UN charter but there are regional groupings that emerged from the generality. We are not in isolation and ECOWAS still falls under the UN so when we take an action, we expect that it will be accepted by the global unions,” he said.

Security Analyst, Adam Bonaa, was skeptical about ECOWAS’ ability to enforce the sanctions on the Military Junta in Guinea. He is of the view that the sanctions by ECOWAS can only be successfully enforced, if France, which he believes was involved in the overthrow, is made to stand down.

“Most of these Francophone countries are somehow still under France and so if we decide to cut them off and France decides to deal with them and provide all the support they need, that will be more embarrassing to ECOWAS. So I thought they probably would not be coming out with very strict timelines. So as far as I am concerned, the sanctions will work as long as big brother France and the supporters of the coup do not play any pivotal role in ensuring that they continue to survive,” according to Security Analyst, Adam Bonaa.