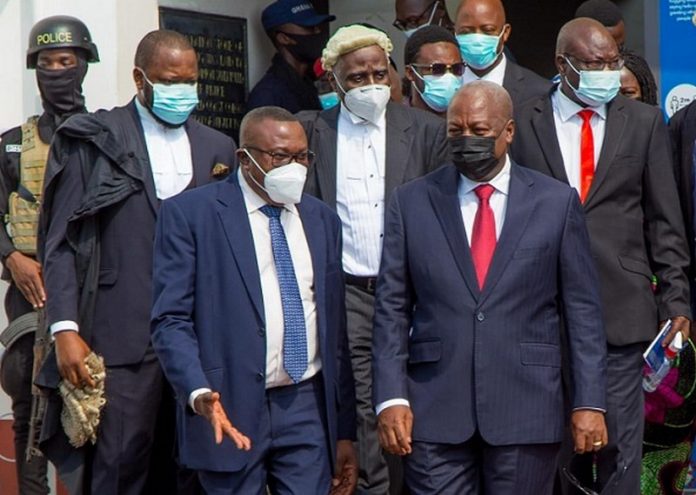 The Supreme Court of Ghana has by a unanimous decision dismissed the Election Petition brought before it by Presidential Candidate of the National Democratic Congress (NDC) in the 2020 elections, John Dramani Mahama.

According to Chief Justice Kwesi Anin-Yeboah, they find the accusation of vote padding very serious but they observed that this allegation was not proven by the petitioner.

The allegation of vote padding was denied by both respondents and it was up to the petitioner to prove otherwise.

The Court concluded that the petition did not indicate how the errors made by the EC Chair affected the elections.