By Mabel Annang To help promote the use of renewable energy, the Ministry of...
Read more

Freda Anokyehttp://www.gbcghanaonline.com
Dr Raphael Awuah, the African Regional Advisor on Data and Surveillance for Vital Strategies has said an observational data has identified driving above speed limits as a major cause of road traffic deaths in Accra.
He said road crash mortality in Accra had increased by 32 per cent between 2019 and 2020, according to a Police Crash Report for the afore-mentioned years, which recorded 103 and 136 deaths respectively. 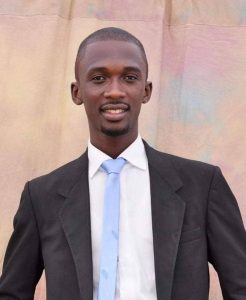 Dr Awuah who said this at a strategic planning meeting organized by the Bloomberg Philanthropies Initiative for Global Road Safety (BIGRS) in collaboration with the National Road safety Authority (NRSA) and the Accra Metropolitan Assembly (AMA) for road safety stakeholders urged road users especially motorcyclists and drivers to obey road traffic regulations.
Dr Awuah said the data for 2020 indicated that vulnerable road users accounted for 85 per cent of deaths with over half being pedestrians.
“Pedestrians, motorcyclists, vehicle occupants and bicyclists accounted for 56 per cent, 28 per cent, 15 per cent and one per cent respectively of all road traffic deaths in 2020 and that the highest proportion of reported deaths were those in the youthful and economically active age group of 20 to 39 years.
“The age group of 20 to 39 years accounted for 43 per cent of road traffic deaths, while that of 40 to 59 years, zero to 19 years, as well as 60 years and above, accounted for 29 per cent, 24 per cent and four per cent respectively,” he said.
Dr Awuah said a quarter of the reported deaths occurred following crashes between 1600 hours 2000 hours and represented 25 per cent while 50 per cent of all the reported fatalities occurred due to weekend crashes mostly from Friday to Sunday.
“Fatal crash location from 2018 to 2020 include; the Apenkwa interchange, Lapaz, Kwashieman, North Dzorwulu, and Kawukudi intersections, as well as the Vodafone intersection at Kwame Nkrumah Interchange, Hansonic to Odorkor, Roxy and Abeka junctions and from Shiashie to Okponglo road,” he said.
Mr David Osafo Adonteng, the Director for Planning and Programming at the NRSA in a presentation, said the high level of indiscipline on the roads have led to a high number of recorded deaths over the years.
He said speeding, wrongful overtaking and inattentiveness and distraction, crossing roads without care or jaywalking, non-wearing of seat belts, not wearing crash helmets and not obeying traffic signals especially red lights were among the major indiscipline among road users which leads to road crashes.
He said the Inter-Ministerial Working Group on road safety had recommended mass media campaigns, mandatory driver training, regulation of commercial transport operation, dualization of major highways, and the introduction of electronic policing to deal with speeding.
Others were a war against indiscipline, the harmonization of ICT Systems to enhance road safety management as well as road safety financing to inform Ghana’s strategy from 2021 to 2030.
Assistant Superintendent of Police (ASP), Richard Nyarko of the Central Motor Traffic and Transport Department (MTTD), said 252 people were arrested and prosecuted between January and June 2021 for speeding in Accra.
He said a comprehensive speed enforcement plan was being developed to enhance speed enforcement activities in the city.
Share
Facebook
Twitter
Pinterest
WhatsApp
Print
Linkedin
Telegram
Previous articleMP for Awutu Senya West grants scholarships to 30 tertiary students
Next articleCzech Republic: Deadly tornado sweeps through villages

By Helga Goka The Black Stars of Ghana will commence preparations for the 2023...
Read more
Politics

The Ministry of Foreign Affairs and Regional Integration has issued travel advice against all travel to the Gao region of Mali and surrounding areas. The...
Read more

By: Franklin ASARE-DONKOH A report coming through the desk of the gbcghanaonline has it that a truck has crashed a saloon car at the Jayee...
Read more

We must change our attitude- Director-General, NRSA

GRA locks up shops in Bolgatanga