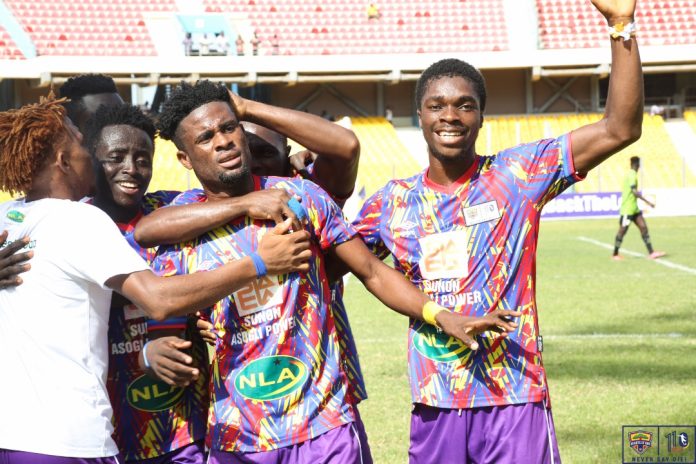 The Ghana Health Service, GHS, has called for the temporary suspension of all matches involving Accra Hearts of Oak on grounds of the health and safety of the players. This follows reports of an outbreak of unknown illness among players of the Club.

The Ghana Health Service says it has initiated investigations to protect the public from all health hazards including disease outbreak. It said preliminary investigations indicate the outbreak of Influenza A subtype H3N2 among players in the team.

A statement issued and signed by the Deputy Director General of the Ghana Health Service, Dr. Anthony Ofosu, said following discussions with the GFA official and management of Accra Hearts of Oak on the situation at hand, the Service has recommended to the Football Association that all football matches involving Accra Hearts of Oak be suspended for the next seven days.

It has also called for strict isolation of all players and staff of the team showing symptoms of respiratory illness such as fever, cough, sore throat, runny nose among others.

The statement asked that the GFA liaise with the Greater Accra Regional Health Directorate of the Service to support Hearts of Oak, institute appropriate prevention and control measures for Influenza A subtype H3N2, as well as support the Ghana Health Service conduct random tests of footballers for clubs not currently affected by the outbreak to ascertain the extent of the outbreak.

It said in the wake of the proposed measures, the Football Association should ensure strict adherence and report any case of breach of the protocols for further action.

The statement further said the Service is committed to protect the health of the public including footballers and will strive to implement the necessary measures.