Black Satellites players get $10,000 each for winning U-20 AFCON

President Akufo-Addo has expressed the appreciation of Ghanaians to the Black Satellites for annexing the Africa Under-20 Cup of Nation. As a token of gratitude, each player will get $10,000 from government and the technical team, $5,000.

President Akufo-Addo said this when the Team, led by its management, presented the trophy to him at the Jubilee House. The President made a personal donation of $5,000 to the Captain, the Goal keeper and the Best player of the tournament. 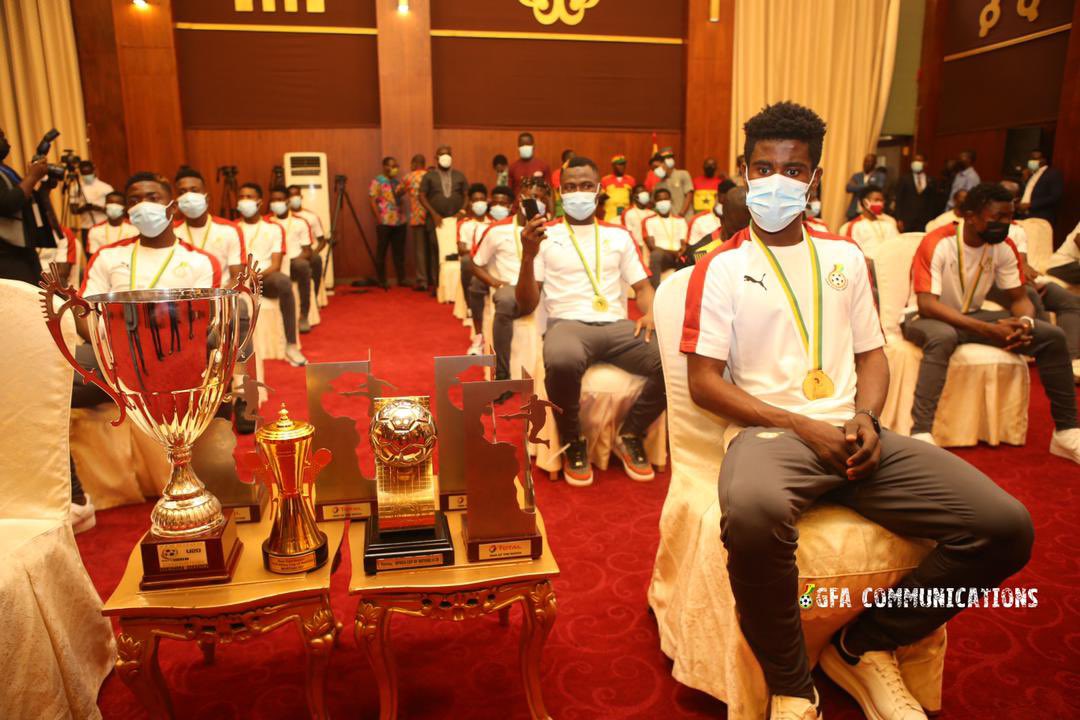 President Akufo-Addo says the time has come for the Senior national team to end its trophy drought. He encouraged the playing body to stay focused and united.

SOURCE: BBC NEWS Defender Abdou Diallo says Senegal are aiming to do better than any other African nation by reaching the World Cup semi-finals in...
Read more

Asamoah Gyan is bidding to make a shock return to the international fold as he eyes a spot in Ghana's squad for this year's...
Read more

By Tilda Acorlor The newly appointed registrar of the University of Health and Allied Sciences (UHAS), Yaa Amankwah Opuni, is confident sports will improve the...
Read more

By: Akosua Adjei After Captain  Evelyn Badu Badu sustained an injury that will take her out of the U-20 FIFA Women's World Cup, the Black...
Read more