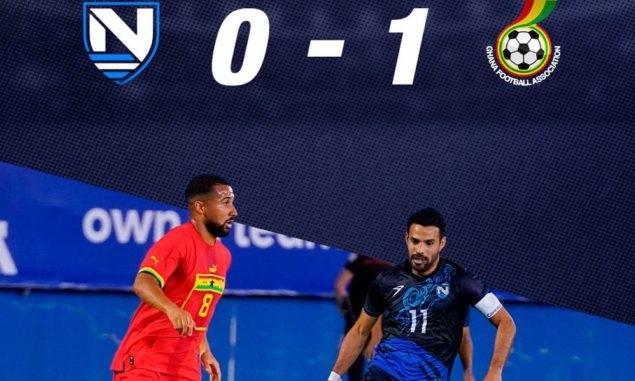 The Black Stars last night recorded a 1-0 win over Nicaragua in Spain in their second pre-world friendly game.

Otto Addo’s men were looking to redeem themselves after losing 3-0 to Brazil last Friday, as the head coach made eight changes to the team that played against Brazil.

The Black Stars dominated much of the game and had a number of chances in the first few minutes, but failed to find the back of the net.

However, a curled effort from Fatawu Issahaku in the 35th minute, found the back of the net to give Ghana the lead at the end of the first-half.

After the recess, the Black Stars kept pushing for a second goal as Mohammed Kudus was denied twice by the offside flag after putting the ball into the net.

The Black Stars were presented with several opportunities to increase their lead, but were unable to, and finished the game with a 1-0 win and bringing an end to their international break.

Ghana will face Switzerland in November just before their first group game against Portugal in the World Cup.