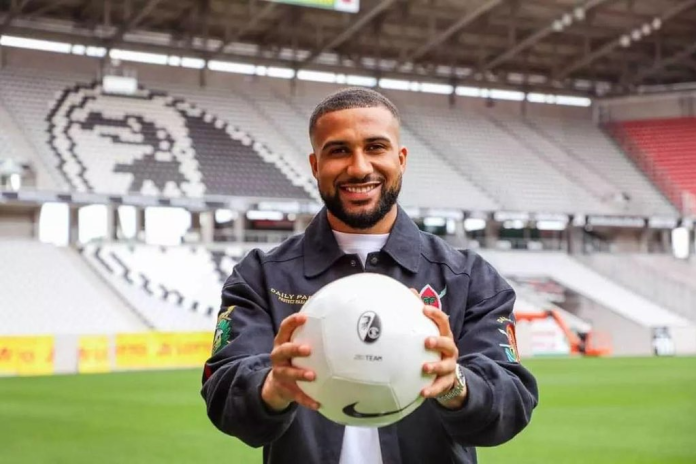 Black Stars midfielder, Daniel Kofi Kyereh has joined Bundesliga side, SC Freiburg ahead of the new season. Kofi Kyereh completed a deal worth €4.5m from FC St. Pauli, German Bundesliga II side.
The 25-year-old midfielder has signed a three-year deal which will see him play top flight football in the German Bundesliga and the Uefa Europa league come next season.
The young sensation scored 12 goals and made nine assists for St, Pauli last season in the Bundesliga II.
The versatile midfielder’s rise to prominence has been swift as he has now made 12 solid appearances for the Senior national team, the Black Stars of Ghana and is expected to play in the upcoming global showpiece slated for November 21 to December 18, 2022 later this year in Qatar.
Ghana is will warm up to play Son’s South Korea, high flying Portugal and fierce rivals from the 2010 World Cup, Uruguay in Group H.
CLICK HERE FOR MORE SPORTS NEWS

Judge threatens to strike out case over prosecution’s delay in NAM...