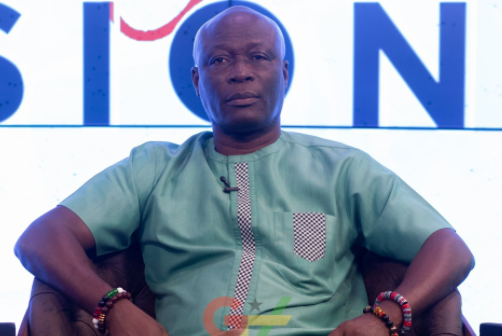 MP for Odododiodoo and Former Minister of Youth and Sports Edwin Nii Lante Vanderpuye says he was forced to “spend some nights in a cemetery” during his playing days in the name of juju. According to him, juju, otherwise referred to as voodoo or African electronics has been inculcated into Ghanaian football at astronomical levels. Mr Vanderpuye was sharing his experience on GTV Sports+ Special Programme- Saving Our Passion.

“I played football and it was like, if you don’t get yourself involved in the juju, you will not play. I observed a situation where I was in Accra Hearts of Oak Management where players refused to bathe with certain waters and were not allowed to play”.

“I have eaten and swallowed certain things before, the worst part is one day we were given stones to put in our football boots to play with and in 15 mins you were sore all over so you could not wear the boots anymore. I know players who went to France, Italy and Belgium and because they were not allowed to do those things there, they couldn’t play and their career ended. Meanwhile they were gifted players but they believed so much in juju”

The only way to solve this problem according to him is to improve the local league and disabuse the minds of the local players that they cannot play without dabbling in juju.