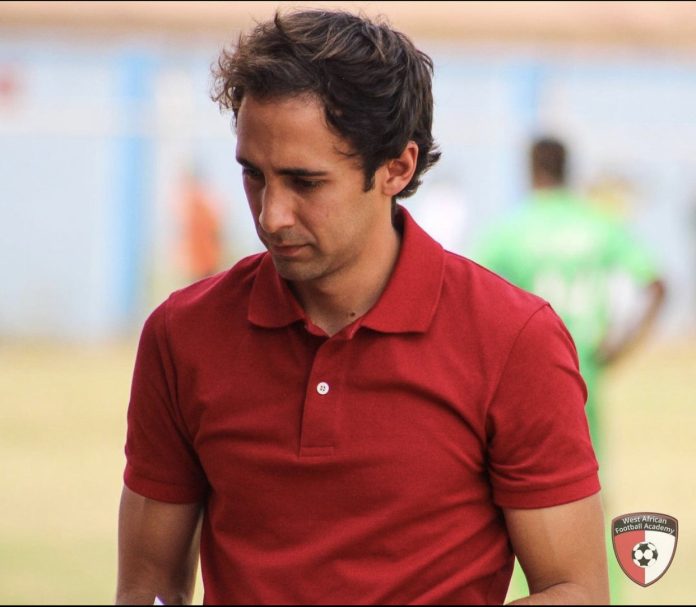 The Management of West Africa Football Academy (WAFA) has relieved Coach Guillermo Hamdan Zaragoza of his duties as head coach of the Academy.

This comes on the back of a string poor performances of the team since the beginning of the 2021/22 ongoing Ghana Premier League (GPL) season, with the latest being a 0-1 defeat to Accra Lions in Match Day 29 fixture on Wednesday at the WAFA park.

The defeat to Accra Lions on Wednesday was WAFA’s fifth home loss this season.

WAFA is 17th on the GPL standings with 27 points in the relegation zone after 29 matches.

A club official who confirmed the coach’s dismissal, said Coach Sadiq Abubakar will take interim charge of the team as they play against Dreams FC on Sunday in Dawu.

The club will soon issue an official communique.