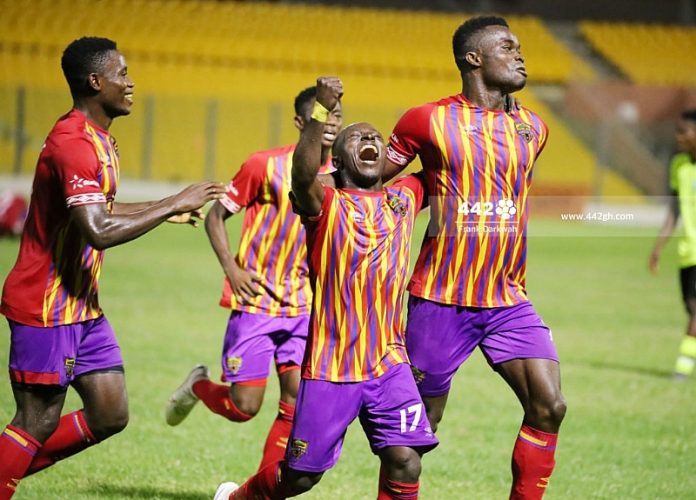 Ghanaian champions Accra Hearts of Oak have been kicked out of the CAF Champions League after suffering an embarrassing 6-1 defeat at the hands of Wydad Athletic Club who completed a 6-2 aggregate victory over the Phobians.

Hearts of Oak had a slender 1-0 advantage prior to the game and their hopes of making it to the group stages of the CAF Champions League in well over 10 years were dashed when they conceded 3 goals in the opening 20 minutes. The Moroccans raced to a 4-0 lead by half time, adding a further two in the second half, with Patrick Razak scoring the consolation for the 2000 CAF Champions League winners.

In another development Ghana’s Black Queens beat Nigeria 1-0 at the Accra Sports Stadium in the second leg of the Women’s Africa Cup of Nations Qualifiers but it was not enough to progress them to the next round. Ghana needed to win by 3 goals or more after losing the first leg in Nigeria 0-2. The result means Nigeria won the tie 2-1 on aggregate and will progress to the next stage where they will face Cote D’Ivoire or Niger.

No one will be vaccinated with expired COVID-19 drugs- GMA