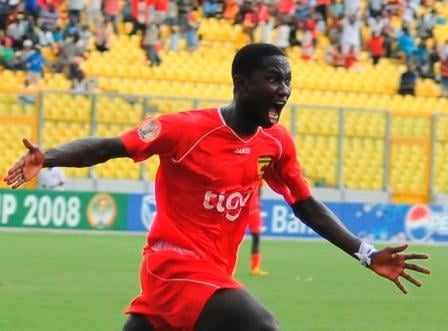 Former Asante Kotoko striker Eric Bekoe says he would have called for a ‘doping test’ of players of Hearts of Oak following their energetic display against the Reds on Sunday.

The Phobians outplayed Kotoko and deservedly beat them to extend their lead at the top of the table to three points.

Bekoe was surprised by the spirited performance of the Phobians calling for a doping test.

“If I were around I would have called for the Hearts players to be tested for doping after the game,” said Bekoe on Pure FM.

“I got scared by the comments of Samuel Boadu on Thursday after the Legon Cities game. If you look at the energy of the Hearts players, you could say they were too tough for Kotoko to compete with,” he added.

Daniel Barnieh’s 66th minute goal was all the Rainbow club needed as they inch close to a first league title in eleven years.

Workshop on proposed policy development on One Health Approach opens