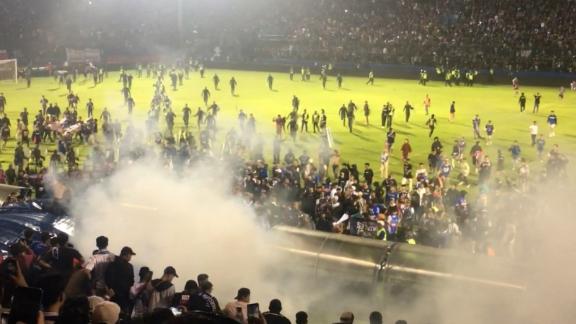 At least 174 people are reported to have died after clashes at the Kanjuruhan Stadium located in East Java, Indonesia on Saturday.

This happened during a match between Arema FC & Persebeya Surabaya, where police fired tear gas to control the crowd at the end of the match. The home fans, Arema FC, invaded the pitch after losing 3-2 to their rivals as they engaged the police, who responded by firing tear gas.

Many people have been reported injured and are currently receiving treatment at the nearby Kanjuruhan Hospital and at various health centres. The Indonesia Football Association has subsequently suspended the league, with President of Indonesia Joko Widodo calling for swift investigations into the matter.

The President further stated that he hoped this would be the last football tragedy in the nation as he urged the football association to evaluate security at matches.

This football stadium disaster surpasses the number of deaths recorded at the Accra Sports Stadium disaster on May 9, 2001, in Ghana, where 127 people were killed in similar circumstances.