The Senior National team, the Black Stars will this afternoon, Saturday 9th October, 2021 engage the Warriors of Zimbabwe in the Match Day 3 of the ongoing FIFA World Cup qualifiers for Africa.

The game against Zimbabwe will be head Coach Milovan Rajevac’s first game with the Stars in his second stint with Ghana.

STARTING LINE UP FOR GHANA 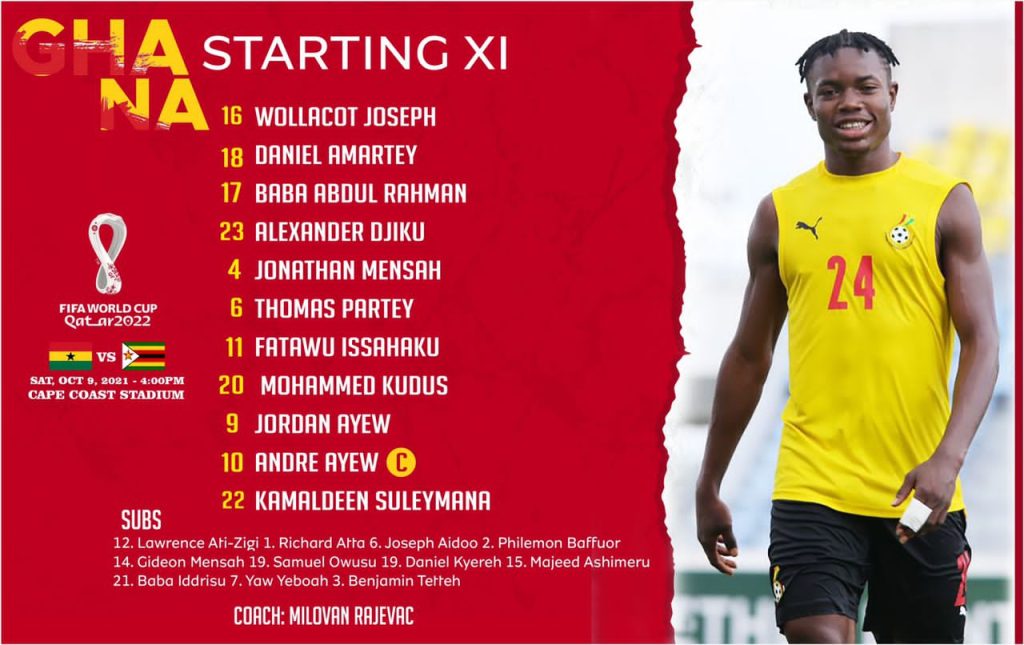 All FIFA World Cup qualifiers will be live only GTV Sports+ and all GBC Radio and TV channels as well as Digital channels platforms.

Burial Service today for teenagers who drowned at Apam