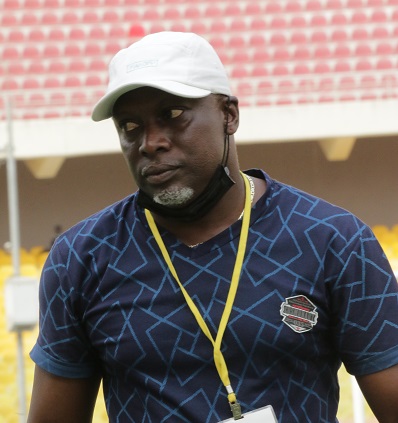 Interim Head Coach of Accra Great Olympics, Yaw Preko, has showered praises on his players following their win against struggling King Faisal in a match-day 12 encounter played at the Accra Sports Stadium, on Tuesday, February, 2.

The “Dade” Boys went joint top of the league together with Karela United as they cruised past a King Faisal side that had been poor on the road to record an away win.

In a post-match press conference, Coach Preko indicated that their match against Accra Hearts of Oak took a lot out of the players but they bounced back well to put up a splendid display against King Faisal.

“Hearts game took a lot from them having given 200% and for them to put up this performance in this very important game, I must say am proud of them.

“I told them King Faisal was going to be a difficult side to play but I believe the better side won,” he said.

Coach Preko added that their match against Bechem United would be very difficult but hopes his boys will be ready for the clash on Sunday.

“Bechem United would be another difficult hurdle, we would go to the drawing board and prepare for them and hopefully, we would be ready for the match,” he said.

DJ Tiiny dropped by Capital Xtra after charging for plays