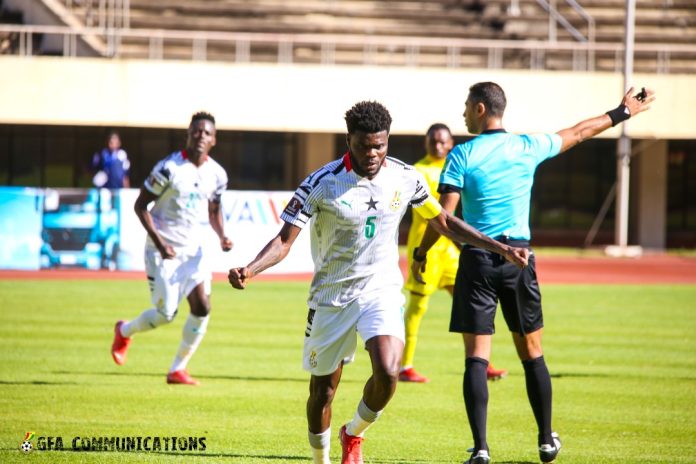 The Black stars of Ghana have assumed a temporary top position on Group G table of the FIFA World Cup qualifiers. This was after a hard fought 1-0 victory over the Warriors of Zimbabwe in Harare. The Black Stars, needing the 3 points at all cost to stay in the competition and a possible qualification to the last round of the World Cup qualifiers opened the game with a more purposeful view as they attacked the home side from all angles of the National stadium. 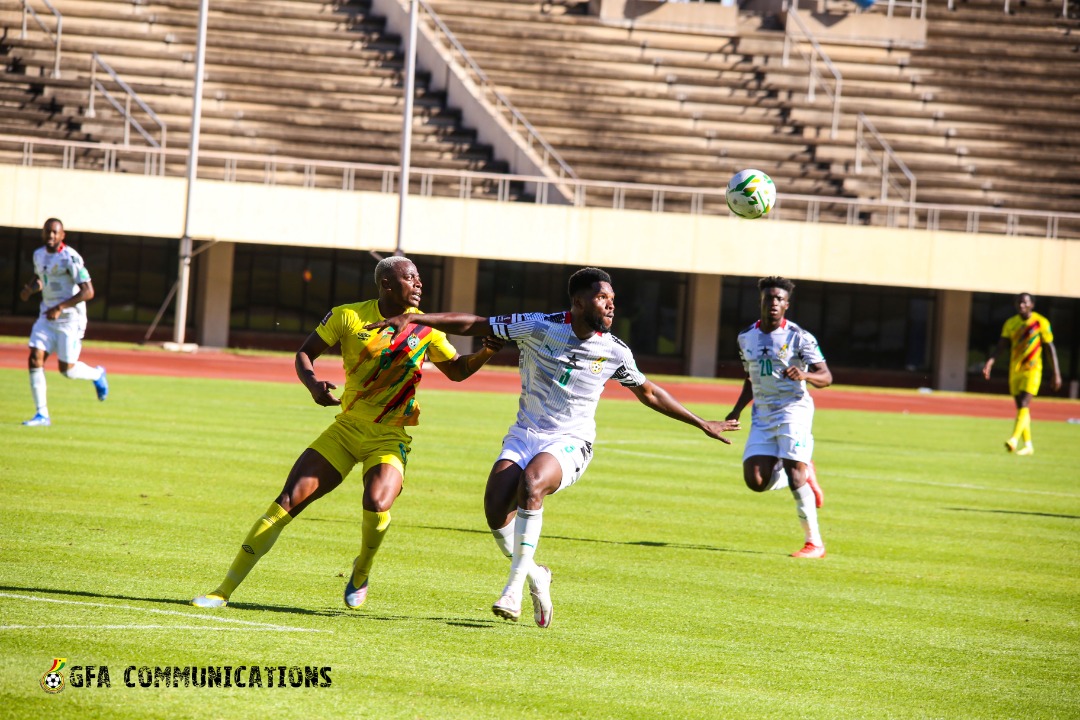 It was a Kamaldeen Sulemana and Kudus Mohammed show in the first 15 minutes as they tormented their hosts with skills and speed. Warriors Khama Billiat was also the star on the opposing side as he looked dangerous for the Ghanaians. Even before Ghana could make the best move of the day, a Baba Rahman poor back pass to Goalkeeper Jojo Wallocott nearly cost the Stars, as the Goalkeeper’s poor kick nearly got the home side their first of the day with 24 minutes played. 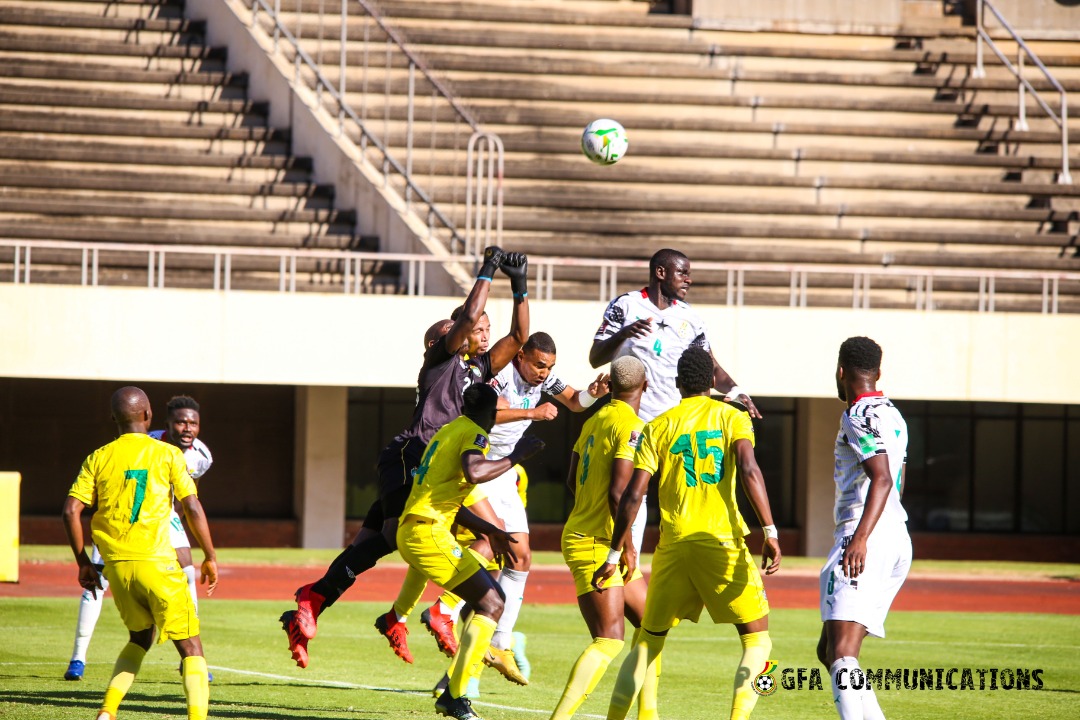 With 15 minutes left to end the first half, left back Baba Rahman made a swift move to the Warriors goal area, but was brought down for a free kick. Captain of the day for the Stars, Thomas Partey, stepped up and scored.

The Black Stars did not leave it there as they pushed for more goals. A goalmouth melee got Daniel Amartey’s goal bound shot blocked at the goal line to prevent Ghana from celebrating another goal in the 40th minute. The Second half began with both sides opening up play but some good goalkeeping, resolute defending and over elaboration on the part of the two teams kept the scores at one-zero in favor of the Black Stars. 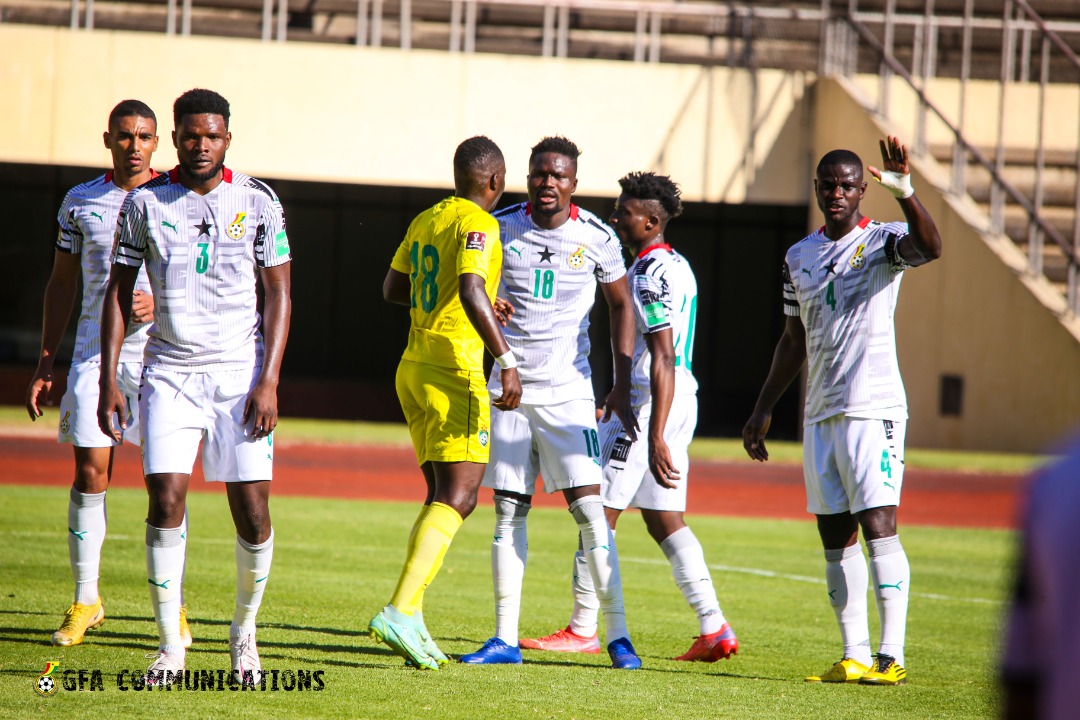 With the win the stars assume the top spot with 9 points from four matches. South Africa are second with 7 points with Ethiopia and Zimbabwe occupying the third and fourth places with 3 and 1 points respectively. The Black Stars will next travel to Ethiopia for their last but one group game before playing South Africa at the Cape Coast stadium. 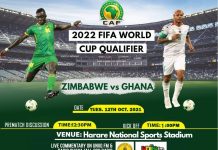